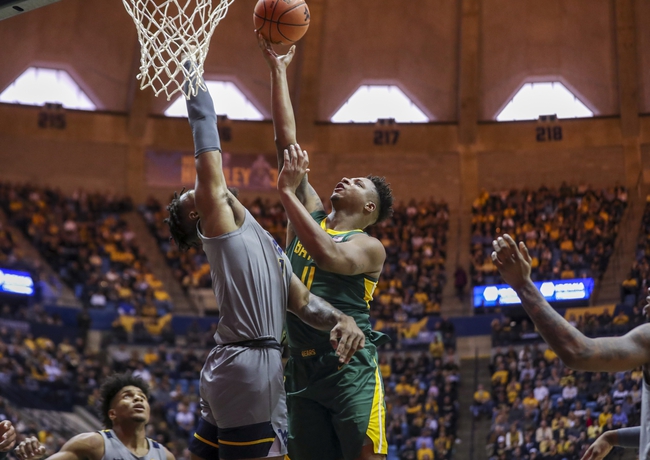 The Richmond Spiders and the West Virginia Mountaineers meet in college basketball action from the WVU Coliseum on Sunday afternoon.

The Richmond Spiders will look to add a huge road win to their current 4-0 start after a 78-68 win over Northern Iowa last time out. Tyler Burton led the Panthers with 21 points on 7 of 9 shooting with 3 threes and a team-high 13 rebounds for the double-double while Grant Golden came in 2nd with 17 points with 11 rebounds and 4 assists for a double-double of his own. Blake Francis added 16 points on 6 of 13 shooting with 3 threes while Jacob Gilyad added 12 points with a game-high 11 assists and 4 steals for Richmond’s 3rd double-double in the game, capping off the scoring in double figures for the Spiders in the win. Golden leads Richmond in scoring with an average of 15.3 points per game while Burton leads the Spiders in rebounding with 9 rebounds per game and Gilyard leads Richmond in assists with 7 helpers per game this season. As a team, Richmond is averaging 78.3 points on 49% shooting from the field, 34.1% from behind the arc and 67.2% from the foul line while allowing opposing teams to average 67 points on 41.9% shooting from the field and 24.7% from 3-point range this season.

The West Virginia Mountaineers come into this one looking to pad their 5-1 record after picking up a 62- 50 win over North Texas last time out. Sean McNeil led the Mountaineers with 15 points on 5 of 9 shooting with a pair of threes while Taz Sherman chipped in 13 points and Derek Culver added 10 points with a team-high 10 rebounds to cap off the trio of double-digit scorers for West Virginia in the winning effort. Gabe Osabuohien added 9 rebounds while Miles McBride added 6 points with 7 rebounds and 5 steals. Oscar Tshiebwe added 7 boards as well and Emmitt Matthews Jr. had 6 rebounds. Culver leads West Virginia in scoring and rebounding by averaging a double-double per game with 14.5 points and 10.7 rebounds per game while McBride leads WVU in assists with 4.5 helpers per game this season. As a team, West Virginia is averaging 75.2 points on 39.9% shooting from the field, 31.1% from behind the arc and 74.5% from the foul line while allowing opposing teams to average 68.2 points on 41.4% shooting from the field and 27% from 3-point range this season.

I get West Virginia being favored at home as Morgantown is usually one of the more imposing home courts to visit in all of college hoops. However, a lack of fans makes the trek a little less daunting for visiting teams and this is an experienced Richmond squad that won’t be intimidated by the task at hand. West Virginia’s defense also hasn’t been as intense as years past and I think the Spiders match up really well with West Virginia. I think this is a 2-3 point win for the Mountaineers at best if Richmond doesn’t win it outright, so I’ll take Richmond and the points in this one.