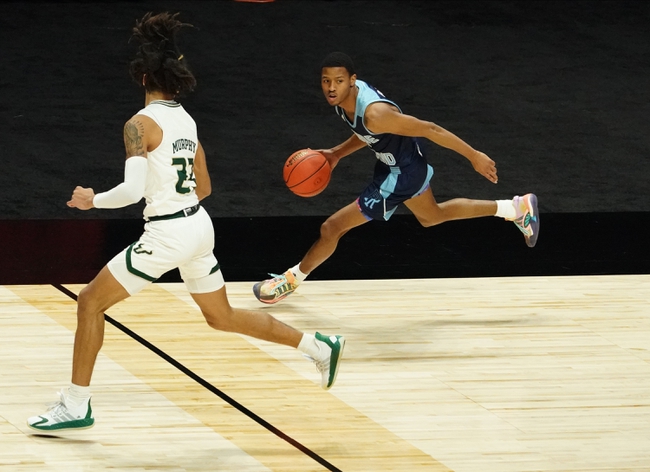 Rhode Island enters this game at 3-3 so far. After a three-game winning streak, the Rams lost their last outing to Wisconsin. As for Western Kentucky, they’re 4-2 this season. The Hilltoppers have won consecutive games over MS Valley State and Gardner-Webb. Check back all season long for free college basketball picks at Sports Chat Place.

Rhode Island has had some tough names on the schedule so far, but they’ve performed admirably against big competition. The Rams fell to Arizona State 94-88 and Boston College 69-64 in their first pair, then posted a three-game win streak over South Florida, San Francisco and Seton Hall. Rhode Island fell in their last game on Wednesday to a tough Wisconsin team 73-62.

In the loss the Badgers, Rhode Island’s only double-digit scorer was Jeremy Sheppard with 13 points and one assist. Jalen Carey added nine points with five rebounds, while Antwan Walker pulled down 10 boards and notched four points with one assist.

Over on the Western Kentucky side, they’ve had a few tough schools on the schedule this year as well. The Hilltoppers took out Northern Iowa and Memphis in their first pair, then fell to West Virginia 70-64 and Louisville 75-54. Since then it’s been two wins 96-69 over MS Valley State and 86-84 over Gardner-Webb.

In the win over the Bulldogs, Western Kentucky’s leading scorer was Charles Bassey on 29 points and 14 rebonds. Josh Anderson posted 16 points and four boards there, and Luke Frampton had a nice line with 15 points, four assists and three rebounds.

PICK: I’m going to go with Rhode Island. This should be a pretty great matchup between two solid teams, though. The Rams hung in there with Arizona State and Boston College in their first two games (both losses within six points) and have been scoring well this year. Rhode Island has put up 76 or more in four of their six outings. Granted, WKU is a good offensive team as well so this one should be a tight, higher-scoring affair. I like the Rams to eke out a cover, though.