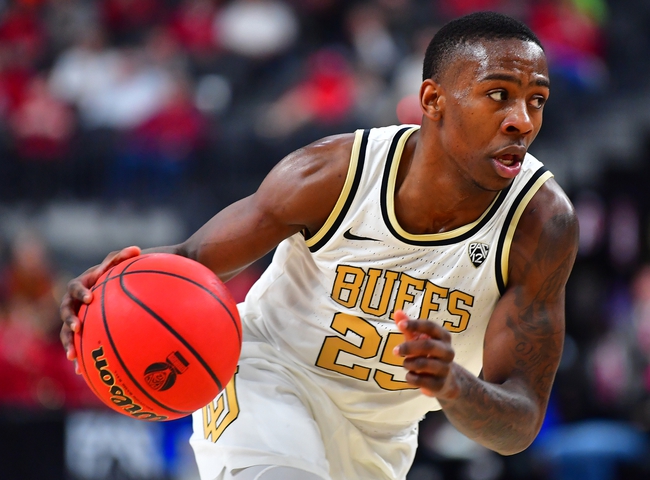 Northern Colorado sits at 2-0 so far. The Bears have taken wins over Colorado Christian and Regis University in their first two games. As for Colorado, they’re 2-1 so far. The Buffaloes opened with consecutive wins but fell to Tennessee in their last game on Tuesday. Check back all season long for free college basketball picks at Sports Chat Place.

Northern Colorado opened up the season with a victory 87-62 over Colorado Christian. The Bears were ahead 39-31 at the half and poured in 48 points the rest of the way. Leading the team was Bodie Hume, who doubled up on 20 points, 10 rebounds and two assists. Kur Jockuch added 14 points with nine rebounds there as well.

In game two against Regis, the Bears were up 39-27 at the break and cruised to an 83-58 win. Hume was again the top scorer with another double-double on 25 points, 10 rebounds and three assists. Dayton Kountz had a solid game as well with 17 points, five rebounds and two assists.

Over on the Colorado side, they were able to open up with two double-digit victories this season. Those wins came 84-61 over South Dakota and 76-58 over Kansas State. On Tuesday against Tennessee, the Buffaloes notched their first loss of the year with a 56-47 result.

In the loss to the Volunteers, Colorado’s top scorer was Jeriah Horne, who doubled up on 15 points, 11 rebounds and one assist. Horne was the only Buffaloes player in double-figures, but McKinley Wright got close with eight points, seven rebounds and four assists.

PICK: I’m going to stick with Colorado. This one could get interesting, though. The Bears have kicked off the season with two solid wins, scoring a combined 170 points in that pair. This will be Northern Colorado’s first major test of the season, though. As for the Bears, they played great against South Dakota and Kansas State, and hung around reasonably well against an excellent Tennessee team. I like the Buffaloes to pull away in the second half and manage a cover in this one.