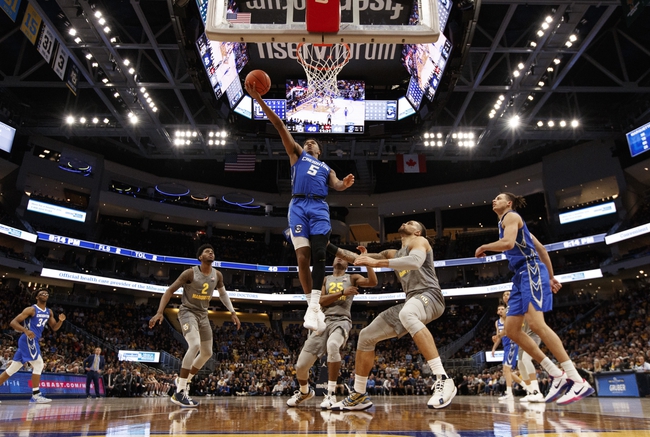 The Marquette Golden Eagles will be out to bounce back after a 69-60 loss to UCLA in their last game. D.J. Carton led Marquette with 18 points on 7 of 13 shooting with a pair of threes and 4 assists while Dawson Garcia added 12 points as the only other double-digit scorer for Marquette in the losing effort. Jamal Cain had 6 points with a team-high 7 rebounds while Theo John added 6 rebounds as well in the defeat. Koby McEwen had 9 points on 4 of 8 shooting with 5 rebounds and 3 assists but still leads Marquette in scoring with an average of 15.3 points per game while Carton leads the Golden Eagles in rebounding with 8.2 rebounds per game and Carton leads Marquette in assists with 3 helpers per game this season. As a team, Marquette is averaging 74.2 points on 43.8% shooting from the field, 35.1% from behind the 3-point line and 72.5% from the foul line while allowing opposing teams to average 63.2 points on 35.4% shooting from the field and 26.5% from 3-point range this season.

The Creighton Bluejays will look to build on their current 4-1 record after a 98-74 beatdown of Nebraska in their last outing. Marcus Zegarowski led the Bluejays with 22 points on 6 of 13 shooting with 5 threes, a team-high 5 assists and 4 steals while Denzel Mahoney added 20 points on 7 of 18 shooting with 4 threes and 4 assists. Ryan Kalkbrenner added 13 points with a team-high 8 rebounds on 6 of 9 shooting in just 18 minutes while Damien Jefferson added 11 points on 5 of 9 shooting with 5 assists and Christian Bishop added 10 points on 5 of 5 shooting with 3 steals to cap off the group of double-digit scorers for Creighton in the winning effort. Mahoney leads Creighton in scoring with an average of 15 points per game while Bishop leads the Bluejays in rebounding with 5.6 rebounds per game and Zegarowski leads the Bluejays in assists with 6 helpers per game this season. As a team, Creighton is averaging 85.2 points on 51.3% shooting from the field, 36% from 3-point range and 72.2% from the foul line while allowing opposing teams to average 66 points on 38.9% shooting from the field and 33.9% from the 3-point line this season.

The total seems high considering that two of the last three meetings have finished under the number, but these two teams have a history of playing high-scoring games and if Creighton keeps up their recent output, we could see another high-scoring game on the horizon. I also think there’s a lot to like about Marquette as well, so I’ll side with the over as my free pick for this game but my stronger play is on the side and I have that available as a premium pick that you can find here.