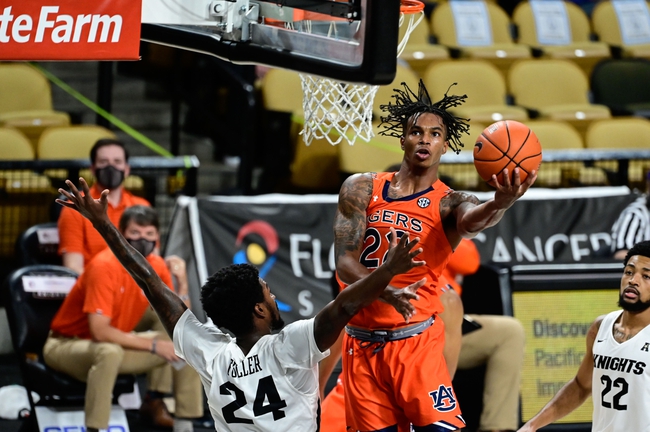 Texas Southern enters this game at 2-3 so far. The wins for Texas Southern have come against Wyoming and LeTourneau this season, while otherwise falling to Washington State, Oklahoma State and Saint Mary’s. As for Auburn, they’re 3-2 so far. Auburn has won their last two games versus South Alabama and Memphis. Check back all season long for free college basketball picks at Sports Chat Place.

Texas Southern opened up with consecutive losses: 56-52 to Washington State and 85-65 to Oklahoma State. The Tigers got their first win over Wyoming 76-74, then fell to Saint Mary’s 82-70. On Friday against LeTourneau Texas Southern got another win 103-60.

In the win over Memphis, Auburn’s Justin Powell led the way with 26 points, eight rebounds and two assists. Allen Flanigan added 16 points with four rebounds and one assist as the only other Auburn player in double-figures there.

PICK: I’m going to stick with Auburn here. Texas Southern came out of the gate pretty flat offensively, posting just 117 combined points over their first pair. Since then, Texas Southern has scored better with 70 or more in three straight. That said, Auburn has posted strong offensive outings themselves in their three wins, with 74 or more in each. I think Texas Southern can hang around for a while in this one, but I like Auburn to pull away and cover late.