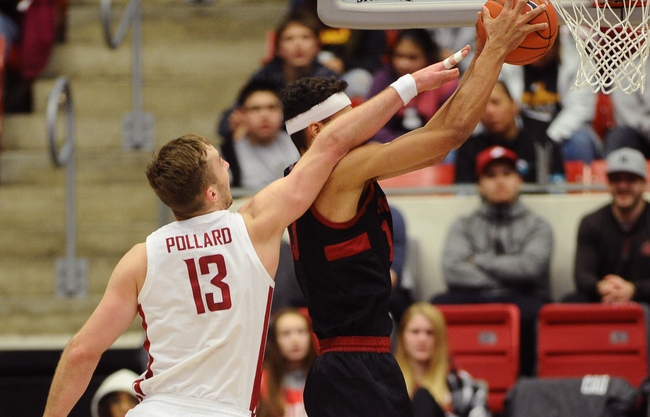 The Stanford Cardinal and the CSU-Northridge Matadors meet in college basketball action from the Matadome on Tuesday.

The Stanford Cardinal will look to build on their 2-2 record after a couple of postponements, looking to add to their 78-46 win over North Carolina A&T last time out. Oscar Da Silva led the Cardinal with 26 points on 12 of 16 shooting with 8 rebounds and a team-high 4 assists with a pair of steals and a pair of blocks as well. James Keefe and Zlaire Williams each added a team-high 10 rebounds while Daejon Davis and Bryce Wills each had a team-high 4 assists. Da Silva leads Stanford in scoring with 17.3 points per game while Williams leads the Cardinal in rebounding with 6.5 rebounds per game and Davis leads Stanford in assists with 3 assists per game this season. As a team, Stanford is averaging 71.5 points on 42.15 shooting from the field, 31.3% from 3-point range and 73.7% from the foul line while allowing opposing teams to average 64 points on 39.7% shooting from the field and 24.7% from 3-point range this season.

The CSU-Northridge Matadors will look to build on back-to-back wins after an 89-84 win over Pepperdine last time out. TJ Starks led the Matadors with 24 points on 8 of 15 shooting with 3 threes and a team-high 5 assists while Lance Coleman II added 18 points on 8 of 17 shooting with 6 rebounds. Darius Brown II added 14 points on 6 of 11 shooting with 4 assists and 3 steals and Alex Merkviladze added 13 points on 6 of 11 shooting with a team-high 7 rebounds while Festus Ndumanya added 12 points to cap off the scoring in double figures as well five starters for the Matadors scored in double digits in the win. Starks leads CSU-Northridge in scoring with 19.3 points per game while Brown II leads the Matadors in assists with 5.8 assists per game and Ron Artest III leads the Matadors in rebounding with 10 boards per game this season. As a team, CSU-Northridge is averaging 80.8 points on 45.8% shooting from the field, 31.4% from behind the arc and 73.8% from the foul line while allowing opposing teams to average 73.5 points on 42.3% shooting from the field and 32.4% from 3-point range this season.

I get the Cardinal being favored here as Stanford’s played a tough slate up to this point. However, CSU-Northridge has also had some tough games themselves and have come out on the good side of their last couple of outings. I just think this is too many points to be giving up to the Matadors in what I see as a 12-point game at most. Give me CSU-Northridge and the points in this one.