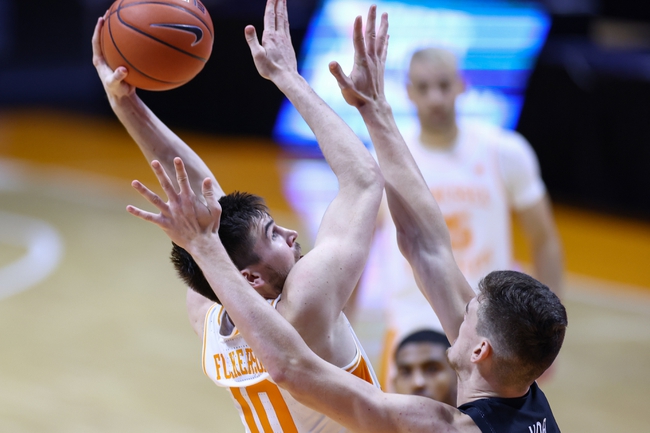 The Appalachian State Mountaineers and the Tennessee Volunteers meet in college basketball action from Thompson-Boling Arena on Tuesday night.

The Appalachian State Mountaineers will look to build on a 61-57 win over Charlotte in their last game to improve to 4-1 on the year. Adrian Delph led the Mountaineers with 21 points on 7 of 13 shooting from the field with a team-high 5 assists as well as 5 rebounds and a pair of blocks while Kendall Lewis added 15 points with a team-high 7 rebounds on 4 of 7 shooting and Donovan Gregory added 10 points on 3 of 4 shooting with a pair of threes to cap off the trio of double-digit scorers for App State in the winning effort. Delph leads App State in scoring with 13.6 points per game while Lewis leads the Mountaineers on the glass with 5.4 rebounds per game and Justin Forrest leads the Mountaineers in assists with 3 helpers per game this season. As a team, Appalachian State is averaging 80.8 points on 45.8% shooting from the field, 31.3% from 3-point range and 82.2% from the foul line while allowing opposing teams to average 55.2 points on 35.7% shooting from the field and 26.7% from 3-point range this season.

The Tennessee Volunteers will look to add to their 2-0 start to the year after a 65-56 win over Cincinnati last time out. John Fulkerson led the way with 15 points along with a game-high 12 rebounds for the double-double while Jaden Springer had 11 points for the Vols as the only other double-digit scorer for Tennessee in the winning effort. Fulkerson leads Tennessee in scoring and rebounding with an average of 13 points and 7.5 rebounds per game while Santiago Vescovi has a team-high 4 assists per game this season. As a team, Tennessee is averaging 60.5 points on 33.9% shooting from the field, 29% from behind the arc and 80% from the foul line while allowing opposing teams to average 51.5 points on 35.8% shooting from the field and 26% from 3-point range this season.

I get why Tennessee is favored and they should be if they’re at home. However, both of these teams play really tight defense and we’ve yet to really see an offensive beating laid by Tennessee this season. I just think this is going to be a defensive battle, so I’d side with the under but I also think the points are worth a look as I just don’t see Tennessee scoring enough to pull away from App State here.