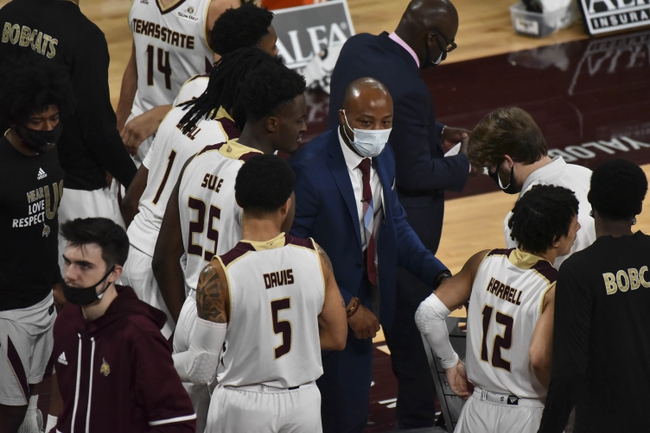 Texas A&M CC enters this one at 1-5 so far. After winning their opener over Texas A&M International, the Islanders have lost their last five straight outings. As for Texas State, they’re 3-3 this year. The Bobcats have lost their last two games to Texas and Our Lady of the Lake. Check back all season long for free college basketball picks at Sports Chat Place.

In the loss to the Raiders, Texas A&M CC’s leading scorer was Nolan Bertain with 12 points and one rebound. The only other Islanders player in double-figures for that game was Simeon Fryer with 10 points and three boards.

Over on the Texas State side, they’ve been all over the place this season. The Bobcats opened at 3-1 with a loss to Mississippi State alongside wins over Mary Hardin-Baylor, Texas A&M CC and Incarnate Word. Since then it’s been two losses 74-53 to Texas and 61-58 to Our Lady of the Lake.

In the loss to the Saints, Texas State’s Mason Harrell led the team on 13 points, five assists and four rebounds. Isiah Small doubled up on 11 points and 11 rebounds, as did Alonzo Sule with 12 points and 11 boards. Quentin Scott almost got there with 10 rebounds and nine points.

PICK: I’m leaning Texas State in this one. There’s not a lot to like about the Bobcats right now however, following a game they had no business losing. In any case, the last time these teams played it was fairly tight (35-33) in the first half, but Texas State outscored the Islanders 40-30 from there on out. This should be another similar game, with the Bobcats pulling away late as they wear down the defense. I’m not thrilled about them right now, but I still like Texas State’s offense better in this matchup.