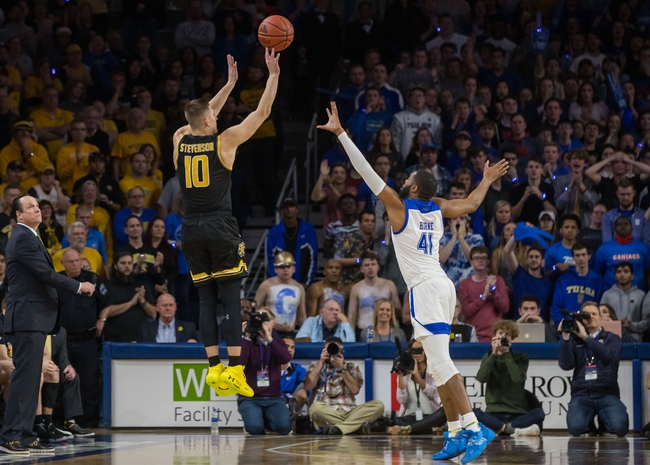 The Wichita State Shockers will look to rebound from back-to-back losses including a 67-64 loss to Oklahoma State in their last outing to fall to 1-2 on the year. Tyson Etienne led the Shockers with 19 points on 6 of 13 shooting with 3 threes while Alterique Gilbert added 14 points on 4 of 8 shooting and Morris Udeze added 10 points to cap off the trio of double-digit scorers for Wichita State in the losing effort. Trey Wade also added 9 points with a team-high 6 rebounds as well in the defeat for the Shockers. Etienne is Wichita State’s leading scorer with 19.7 points per game while Gilbert leads the Shockers in assists with 3.3 assists per game and Clarence Jackson leads the Shockers on the glass with 5.3 rebounds per game this season. As a team, Wichita State is averaging 70.3 points on 36.8% shooting from the field, 28.8% from 3-point range and 73.5% from the foul line while allowing opposing teams to average 73 points on 43.7% shooting from the field and 33.8% from 3-point range this season.

The Tulsa Golden Hurricane will also be out to build on a 1-2 record after their first win in the form of a 79-64 win against UT-Arlington last time out. Brandon Rachal led the Golden Hurricane with 19 points on 8 of 13 shooting while Elijah Joiner had 14 points with 7 rebounds and Darien Jackson added 10 points on 5 of 7 shooting with 9 rebounds and 5 assists to cap off the trio of double-digit scorers for Tulsa in the winning effort. Curtis Haywood II added 8 points with a team-high 5 assists as well in the victory for Tulsa. Rachal leads Tulsa in scoring with an average of 17.3 points per game while Joiner leads the Golden Hurricane in rebounding with 7 rebounds per game and Jackson leads the way in assists with 3.7 assists per game this season. As a team, Tulsa is averaging 67.3 points on 47.1% shooting from the field, 27.6% from 3-point range and 67.8% shooting from the foul line while allowing opposing teams to average 67.7 points on 42.3% shooting from the field and 39.5% from 3-point range this season.

To be honest, It’s really hard to separate these two teams, so in a case like this, it’s better to have the points. However, I could easily see this being a 3-point game either way, and there’s just no real edge here. Instead, I’m going to side with the under. These are two teams that are playing some solid defense early on this season and this has the feels of a 64-61 type of game so I’ll take the under in this one.