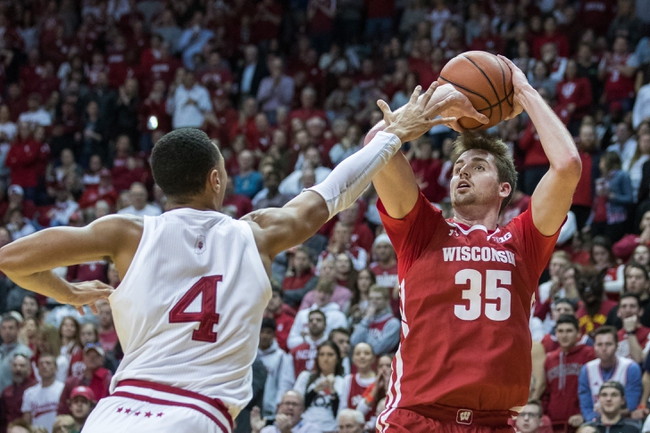 The Loyola-Chicago Ramblers and the Wisconsin Badgers meet in college basketball action from the Kohl Center on Tuesday night.

The Loyola-Chicago Ramblers will look to add to their 3-0 start after a 77-66 win over UIC last time out. Cameron Krutwig led the Ramblers with 22 points on 8 of 14 shooting while Marquise Kennedy added 16 points on 5 of 6 shooting with a pair of steals. Braden Norris added 11 points on 4 of 7 shooting with 3 threes while Lucas Williamson chipped in 10 points with a pair of triples and a team-high 8 rebounds to cap off the scoring in double figures for the Ramblers in the win. Aher Uguak also added 7 points with 7 rebounds and a team-high 5 assists with a pair of steals as well in the victory. Krutwig leads Loyola-Chicago in scoring with an average of 17.3 points per game while Uguak leads the Ramblers in rebounding with 6.3 rebounds per game and Kennedy leads Loyola-Chicago in assists with 3.3 assists per game this season. As a team, Loyola-Chicago is averaging 80.3 points per game on 54.9% shooting from the field, 41.3% from behind the 3-point line and 62.5% from the foul line while allowing opposing teams to average 55 points on 37.9% shooting from the field and 26.9% from 3-point range this season.

The Wisconsin Badgers will try to add to their current 4-1 mark after picking up a 73-62 win over Rhode Island in their last matchup. Brad Davison led the Badgers with 23 points on 4 of 9 shooting with 3 threes and a perfect 12 of 12 mark from the foul line while Micah Potter added 13 points with a team-high 7 rebounds and Aleem Ford added 11 points to cap off the trio of double-digit scorers for Wisconsin in the win. Nate Reuvers had 5 points with 5 rebounds while D’Mitrik Trice added 8 points with a team-high 4 assists and Tyler Wahl chipped in 6 rebounds as well in the victory for the Badgers. Potter leads Wisconsin in scoring with an average of 12.8 points per game while also leading Wisconsin in rebounding with 6.6 rebounds per game and Trice leads Wisconsin in assists with 3.8 assists per game this season. As a team, Wisconsin is averaging 77.8 points on 45.6% shooting from the field, 37% from 3-point range and 76.1% from the foul line while allowing opposing teams to average 59.2 points on 36.2% shooting from the field and 29.9% from 3-point range this season.

I get why Wisconsin’s favored here and I also get why the points with Loyola are tempting as well, so it’s hard for me to split hairs and pick a side in this one. However, I think the stronger play here is on the total and as such, I’ll back the under. This just feels like the kind of game where both teams end up somewhere in the 60s, there’s a lot of tough defense and points come at a premium , like a lot of Wisconsin games that we’ve become accustomed to seeing in recent years.