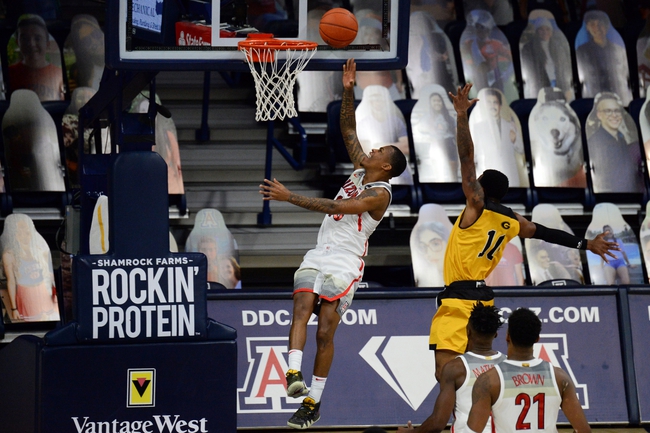 California Baptist enters this one at 3-2 so far. After starting out 0-2, the Lancers have won their last three games against SE Louisiana, St. Katherine and Fresno Pacific. As for Arizona, they’re 5-0 this season. The Wildcats have beaten Northern AZ, CSUB and UTEP in their last three outings. Check back all season long for free college basketball picks at Sports Chat Place.

California Baptist had a couple of tough losses right out of the gate this season, but they’ve rebounded nicely. The Lancers fell to USC in their opener 95-87, then lost a tough one 81-80 to SE Louisiana. California Baptist beat SE LA last Friday, then followed that up with wins over St. Katherine 93-47 and Fresno Pacific 110-71.

Over on the Arizona side, it’s been smooth sailing—with a couple of close escapes—so far. The Wildcats opened with a 74-55 win over Grambling State, then took wins 70-67 over Eastern Washington, 96-53 over Northern Arizona and 85-60 over CSUB.

PICK: I like California Baptist here. The Lancers have played some pretty good ball this season so far, hanging with USC in the opener and pushing overtime. Cal Baptist has posted 80 or more points in every game so far, and they’ve got a solid group of scorers atop their roster. Arizona has been great this season as well, but if the Lancers play to their capabilities I think we’ll have a very interesting matchup on our hands.