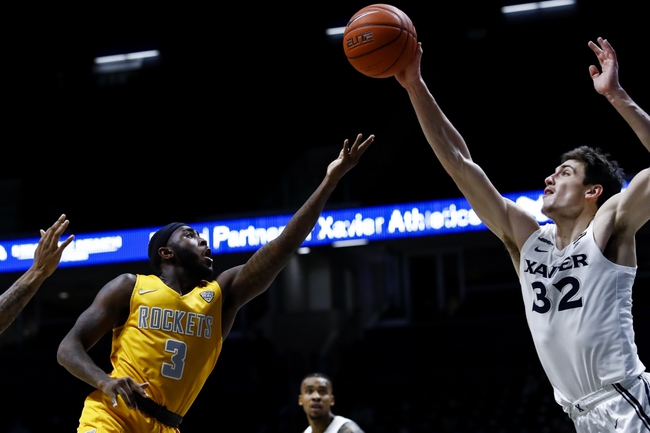 The Toledo Rockets and the Marshall Thundering Herd meet in college basketball action from the Henderson Center on Wednesday night.

The Toledo Rockets will look to build on their 4-3 mark so far this season after a 64-57 win over Kansas City last time out. Setric Millner Jr. led the Rockets with 17 points on 6 of 10 shooting with a pair of threes and 10 rebounds for the double-double while Marreon Jackson came right behind with 16 points and 3 assists and Ryan Rollins chipped in 14 points with 5 rebounds for Toledo. Keshawn Saunders added 10 points to cap off the scoring in double figures for Toledo in the win while Mattia Acunzo added 6 rebounds for the Rockers in the victory. Setric Millner Jr. leads the Rockets with an average of 15.7 points and 8.3 rebounds per game while Marreon Jackson leads Toledo in assists with 4.9 assists per game this season. As a team, Toledo is averaging 72.6 points on 40.9% shooting from the field, 40.2% from behind the arc and 78.5% from the foul line while allowing opposing teams to average 67.6 points on 43.5% shooting from the field and 28.8% from 3-point range this season.

The Marshall Thundering Herd will look to add to their 4-0 start to the year after an 81-67 win over Ohio last time out. Taveion Kinsey led the Herd with 28 points on 10 of 13 shooting with 6 rebounds while Jarrod West added 14 points with a team-high 6 assists and 3 steals. Mikel Beyers added 13 points to cap off the trio of double-digit scorers for Marshall in the winning effort while Andrew Taylor chipped in 6 points with a team-high 10 rebounds, 5 assists and 3 steals. Kinsey leads the Herd in scoring with an average of 22.3 points per game while Taylor leads Marshall in rebounding with 6 rebounds per game and West leads Marshall in assists with 7 assists per game this season. As a team, Marshall is averaging 78.8 points on 48.9% shooting from the field, 31.5% from behind the arc and 74.3% from the foul line while allowing opposing teams to average 64.8 points on 38.5% shooting from the field and 35.8% from 3-point range this season.

I can see why Marshall’s favored here, at home, with a 4-0 record where all four wins have come by double digits and there are some pretty decent wins in there against Ohio and Wright State. However, I think Toledo matches up well with Marshall here and this just feels like a 2-4 point game max. I’ll take a shot with Toledo in a game the Rockets coule potentially win outright.