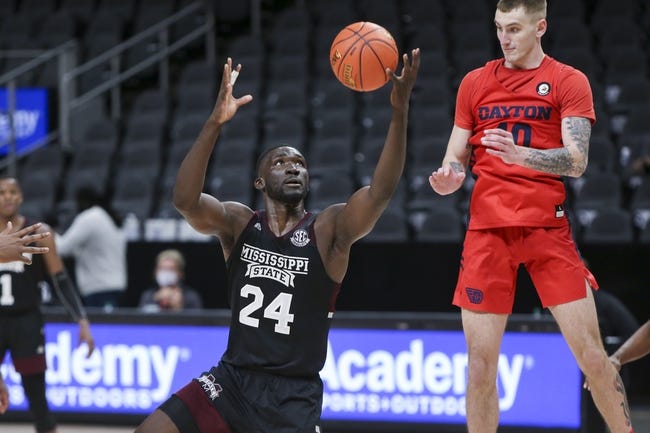 The Central Arkansas Bears and the Mississippi State Bulldogs meet in college basketball action from the Humphrey Coliseum on Wednesday night.

The Central Arkansss Bears will look to bounce back after a 68-54 loss to Ole Miss last time out, looking to still find their first win after falling to 0-5. Rylan Bergersen was the lone Central Arkansas player to score in double figures with 14 points on 5 of 12 shooting with a pair of threes and 3 assists. SK Shittu added 4 points with a team-high 7 rebounds and Deandre Jones also had a team-high 4 assists as well in the losing effort. Eddy Kayouloud also chipped in 8 points with 7 rebounds of his own and a pair of steals in 28 minutes on the floor. Bergersen leads Central Arkansas in scoring with 15.8 points per game while Deandre Jones has a team-high 4.6 assists per game and SK Shittu leads the Bears in rebounding with 5 rebounds per game this season. As a team, Central Arkansas is averaging 69 points on 41.5% shooting form the field, 39.4% from behind the arc and 74% from the foul line while allowing opposing teams to average 85.4 points on 44.7% shooting from the field and 33.3% from 3-point range this season.

The Mississippi State Bulldogs will also be looking to rebound after an 85-82 overtime loss to Dayton last time out. D.J. Stewart led the Bulldogs with 32 points on 13 of 22 shooting with 3 threes while Iverson Molinar added 20 points on 10 of 23 shooting with a team-high 7 assists and a pair of steals. Tolu Smith chipped in 13 points on 5 of 10 shooting with a team-high 7 rebounds to cap off the trio of double-digit scorers for Mississippi State in the defeat. Abdul Ado and Javian Davis each had 7 rebounds as well in the defeat for the Bulldogs. Stewart leads the Bulldogs in scoring with 19 points per game while Tolu Smith has a team-high 8.2 rebounds per game and Molinar leads the Bulldogs in assists with 4.3 assists per game this season. As a team, Mississippi State is averaging 69.3 points on 44.6% shooting from the field, 34.1% from behind the arc and 57% from the foul line while allowing opposing teams to average 65.8 points on 40.9% shooting from the field and 35.8% from 3-point range this season.

The points with Central Arkansas are worth a look as stifling against Ole Miss is not a performance that happens often for Central Arkansas. However, the Bears just can’t catch a break as they hold Ole Miss to just 68 points but then the offense stalls and doesn’t hold up their end. Mississippi State has’nt been great this season, but they’re good enough offensively to put points on the board and eventually put this game out of reach so I’ll lay the points with Mississippi State in this one.