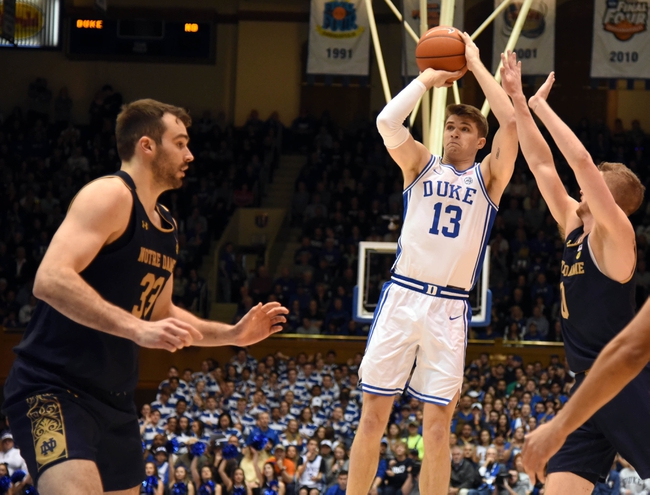 The Duke Blue Devils have played two respectable programs in four games and the offense has fallen apart. The Notre Dame Fighting Irish aren't on the same level of a Michigan State or Illinois, but they're an experienced team that has gotten after it defensively and just beat Kentucky while taking Ohio State down to the wire. Notre Dame appears capable of hanging with the big boys again. Give me the free bucket.