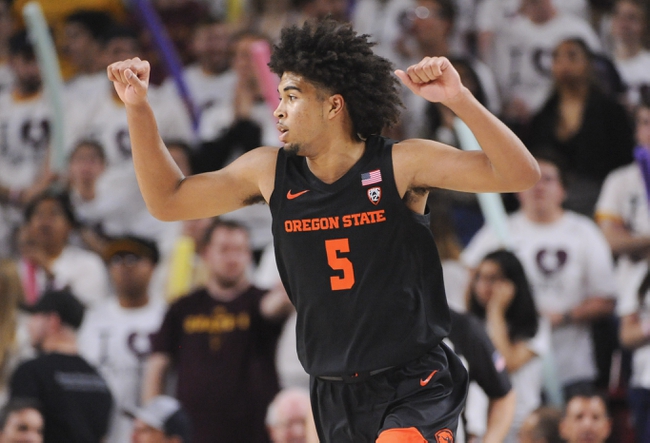 UTSA enters this one at 2-2 overall. After losing consecutive games to UTRGV and Oklahoma, the Roadrunners got a win over Sul Ross State in their last outing. As for Oregon State, they’re 2-3 this year. The Beavers have lost their last three straight to Washington State, Wyoming and Portland. Check back all season long for free college basketball picks at Sports Chat Place.

UTSA opened the season well against UTPB with a 97-71 victory, but after that it was consecutive losses. Those defeats came 81-64 to UTRGV and 105-66 to Oklahoma. The Roadrunners got a win over Sul Ross State 91-62 in their last game, however.

Over on the Oregon State side, they opened up with two wins, but since then it’s been three close losses. The Beavers took out California 71-63 and Northwest WA 114-42 in their first two outings, then fell 59-55 to Washington State and 76-73 to Wyoming. Oregon State lost again in their last game 87-86 to Portland.

In the loss to the Pilots, Oregon State’s top scorer was Ethan Thompson with 31 points, one rebound and one assist. Maurice Calloo added 18 points with five rebounds, and Abdul Alatishe posted nine points with 11 boards.

PICK: I’m sticking with Oregon State. The Beavers have played pretty good ball this season—even in their losses—but haven’t quite been able to close out games. Oregon State’s three defeats have come by a combined nine points, and they’ve scored a combined 159 over their last pair. UTSA has been quite permissive on defense to good teams so far, so the Beavers should be able to bang out a cover here.