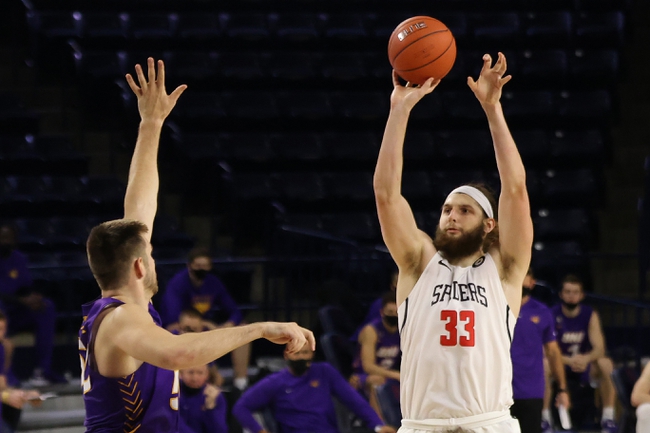 The Richmond Spiders and the Vanderbilt Commodores meet in college basketball action from Vanderbilt’s Memorial Gym on Wednesday night.

The Richmond Spiders will look to bounce back after an 87-71 loss to West Virginia, taking their first loss of the season to drop to 4-1 on the year. Tyler Burton and Nathan Cayo each had a team-high 14 points with Burton shooting 5 of 15 with a pair of threes and a team-high 10 rebounds for the double-double while Cayo shot 5 of 8 with 6 boards. Blake Francis added 12 points to cap off the trio of double-digit scorers for Richmond in the loss while Jacob Gilyard added 7 points with team-highs of 6 assists and 4 steals. Cayo leads Richmond in scoring with an average of 14.4 points per game while Burton leads the Spiders in rebounding with 9.2 rebounds per game and Gilyard leads the Spiders in assists with 6 helpers per game this season. As a team, Richmond is averaging 76.8 points on 47.4% shooting from the field, 31.6% from behind the arc and 66.7% from the foul line while allowing opposing teams to average 71 points on 45.2% shooting from the field and 29% from 3-point range this season.

The Vanderbilt Commodores will look to build on their 2-0 start to the year after an 84-41 rout of Mississippi Valley State last time out. Dylan Disu led the Commodores with 17 points on 6 of 19 shooting with 13 rebounds for the double-double while Tyrin Lawrence added 14 points on 6 of 8 shooting with 4 assists. Quentin Millora-Brown added 12 points on 5 of 7 shooting with 8 rebounds while Scottie Pippen Jr. chipped in 11 points with a team-high 6 assists. Issac McBride added 10 points with a pair of threes to cap off the scoring in double figures for the Commodores in the victory. Pippen Jr. leads Vanderbilt in scoring and assists with 18 points and 5 assists per game while Disu leads the Commodores in rebounding with an average of 12 rebounds per game this season. As a team, Vanderbilt is averaging 80.5 points on 43.1% shooting from the field, 29.5% from behind the arc and 86% from the foul line while allowing opposing teams to average 56 points on 34.1% shooting from the field and 31.7% from 3-point range this season.

The points are usually tempting with a home dog, but I need to see a bit more from Vanderbilt than a win over Mississippi Valley State and a narrow win over Valparaiso before backing them against a battle-tested Richmond squad that’s looked good this season and a lot of other teams are going to fall against West Virginia so there’s no shame in that loss. I’ll back Richmond to get the job done on the road, laying the points.