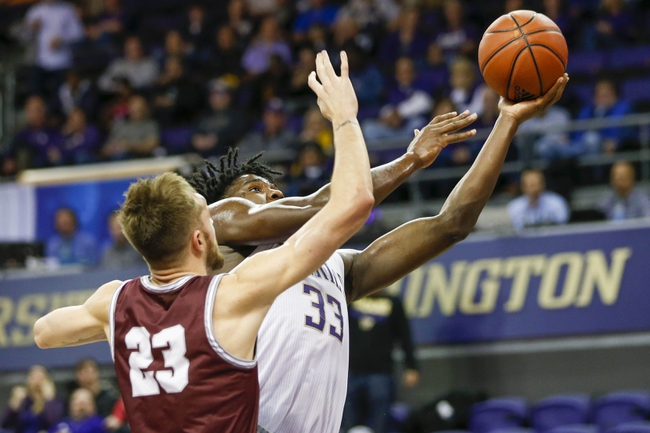 Montana comes into this one at 1-4 so far. After losing their first four games, the Grizzlies finally got a win against Yellowstone Christian on Saturday. As for Washington, they’re 1-4 as well. The Huskies got a win over Seattle last week but then fell to Oregon in their most recent outing. Check back all season long for free college basketball picks at Sports Chat Place.

Montana came out of the gate with two blowout losses and two close defeats. The opener against USC was a 76-62 loss, then the Grizzlies fell twice to Southern Utah 64-63 and 75-74. Against Georgia, Montana couldn’t get close and lost 63-50.

The Grizzlies finally got a win over Yellowstone Christian on Saturday 102-42. All five starters finished in double-figures for the Grizzles, with Josh Bannan and Michael Steadman posting 19 points apiece. Kyle Owens notched a double-double on 10 points and 13 rebounds as well.

Over on the Washington side, they haven’t had much luck this season either. The Huskies opened with losses to Baylor 86-52, UC Riverside 57-42 and Utah 76-62. After getting a big win 73-41 over Seattle, Washington fell to Oregon in a tough one 74-71.

In the loss to the Ducks, Washington’s top scorer was Quade Green with 26 points, four assists and three rebounds. The only other Huskies player in double-figures there was RaeQuan Battle on 19 points and three boards.

PICK: I’m going to take Washington here. There’s not much to like about this matchup though, so I’m probably staying away. In any case, the Huskies have played pretty well over their last two games—much better than the max of 62 points they put up over their first three games. In the last two, Washington has posted a combined 144 points, so hopefully they’ve figured out their offense a little better. If the Huskies keep that up, I don’t think Montana will be able to close the gap.