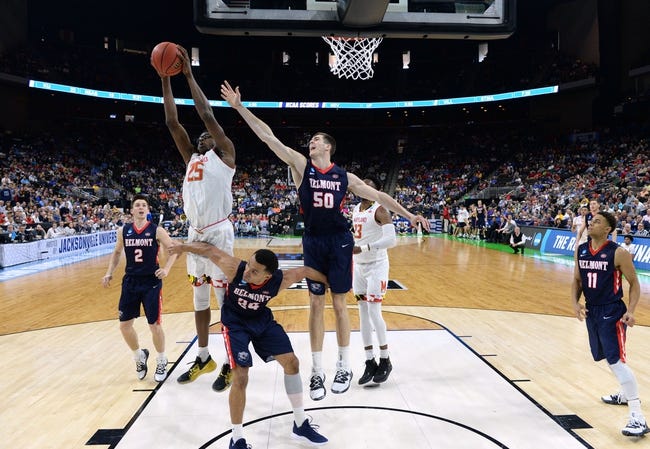 The Belmont Bruins and the Tennessee State Tigers meet in OVC college basketball action from the Gentry Center on Friday night.

The Belmont Bruins are looking to add another notch to their 6-1 start to the year after a 64-53 win over Kennesaw State last time out. Nick Muszynski led the Bruins with 25 points on 11 of 17 shooting with 6 rebounds and 4 assists while Luke Smith added 14 points with 4 threes and 4 rebounds to round out the scoring in double figures for Belmont in the win. Caleb Hollander added a team-high 8 rebounds while Ben Sheppard chipped in 8 points with 5 rebounds and a team-high 5 assists as well in the victory for the Bruins. Luke Smith leads Belmont in scoring with an average of 19.1 points per game while Grayson Murphy leads the Bruins in rebounding and assists with an average of 9.8 rebounds and 4.2 assists per game this season. As a team, West Virginia is averaging 78.9 points on 46.8% shooting from the field, 33.2% from behind the arc and 70.7% from the foul line while allowing opposing teams to average 70 points on 41.8% shooting from the field and 29.9% from behind the arc this season.

The Tennessee State Tigers will be looking to get into the win column after starting the year 0-2 with a 69-66 loss to IUPUI last time out. Shakem Johnson led the Tigers with 17 points on 8 of 13 shooting with a team-high 8 rebounds while Mark Freeman chipped in 14 points with 3 steals, 3 assists and 5 rebounds. Yusuf Mohammed added 11 points and a pair of blocks to cap off the trio of double-digit scorers for Tennessee State in the loss. Monty Johal and Shakwon Barrett each had 5 rebounds as well for the Tigers with Johal adding 3 assists of his own in the defeat. Freeman leads Tennessee State in scoring with an average of 20 points per game while Johnson leads the Tigers in rebounding with 7 rebounds per game and Barrett leads the Tigers in assists with 3 helpers per game this season. As a team, Tennessee State is averaging 65 points on 38.6% shooting from the field, 18.4% from behind the arc and 53.8% from the foul line while allowing 74 points on 39.3% shooting from the field and 39.5% from 3-point range this season.

A lot of times this season, playing a team on a back-to-back has helped the team that lost the first meeting, but luckiiy for Belmont, the Tigers had a chance to break off while Tennessee State just couldn’t get past IUPUI. It’s bit me already multiple times but I’m going to go to the well again here. If Belmont just beat Tennessee State by 15 a week and a half ago, I think they can win again by 10 points or so, even on the road. I just think Belmont’s simply the better team so I’ll lay the points with the Bruins in this spot.