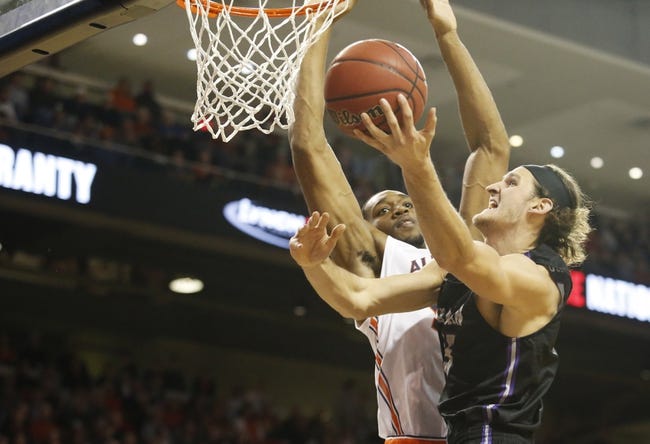 The Furman Paladins and the Winthrop Eagles meet in college basketball action from the Winthrop Coliseum on Saturday afternoon.

The Furman Paladins will look to rebound from just their second loss of the season, falling to 5-2 on the year after an 83-80 loss to Alabama last time out. Mike Bothwell led the Paladins with 23 points on 8 of 19 shooting with 5 threes and 6 rebounds with a pair od steals while Clay Mounce had 21 points on 8 of 11 shooting with 4 threes in just 16 foul-plagued minutes. Noah Gurley chipped in 15 points on 4 of 8 shooting with a pair of threes to round out the trio of double-digit scorers for Furman in the loss while Jalen Slawson chipped in 6 boards and a team-high 5 assists. Bothwell leads Furman in scoring and assists with an average of 18.4 points and 3.9 assists per game while Slawson leads the Paladins on the glass with 5.9 rebounds per game this season. As a team, Furman is averaging 85 points on 49.6% shooting from the field, 33.7% from 3-point range and 76.1% from the foul line while allowing opposing teams to average 64.7 points on 41.1% shooting from the field and 25.6% from 3-point range this season.

The Winthrop Eagles will look to remain unbeaten, sitting at 4-0 on the year after a 107-77 rout of USC Upstate last time out. Adonis Arms led the Eagles with 17 points on 5 of 10 shooting with 3 threes 5 rebounds and 3 steals while D.J. Burns Jr. came right behind with 16 points on an efficient 8 of 9 shooting from the field. Josh Corbin added 15 points on 4 of 9 shooting with 3 threes while Chandler Vaudrin and Charles Falden each had 13 points to cap off the scoring in double figures for Winthrop in the win with each logging 3 triples and Vaudrin posting team-highs of 11 rebounds and 14 assists for the triple-double. Arms leads the Eagles in scoring with an average of 13.3 points per game while Vaudrin is Winthrop’s top rebounder and assist man with 6.3 rebounds and 10 assists per game this season. As a team, Winthrop is averaging 89.3 points on 49.2% shooting from the field, 39.6% from 3-point range and 59.8% from the foul line while allowing opposing teams to average 74 points on 42.5% shooting from the field and 33.6% from 3-point range this season.

This should be a great game between two of the more underappreciated programs in the country, especially from a betting standpoint. With that said, free points with Winthrop at home are tempting, but I’m inclined to believe there’s a reason that the Eagles are getting them and I think that’s because Furman wins emphatically here. The Paladins have some egg on their face after blowing a huge lead against Alabama, a huge road win that would’ve meant a lot the rest of the season and I think these Paladins show up with a purpose and take it to Winthrop here