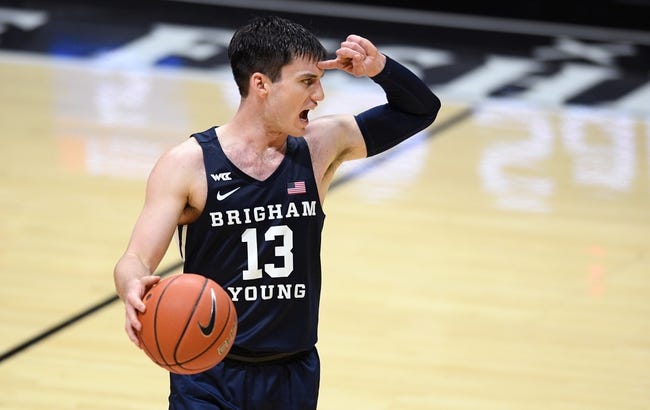 Texas Southern comes in here at 2-4 so far. The Tigers are 1-2 in their last three games, beating LeTourneau and otherwise falling to Saint Mary’s and Auburn. As for BYU, they’re 7-2 this year. The Cougars have won consecutive games over Utah and San Diego State. Check back all season long for free college basketball picks at Sports Chat Place.

Texas Southern opened the year with losses 56-52 to Washington State and 86-65 to Oklahoma State. The Tigers went 2-1 in their next three, with a loss to Saint Mary’s and wins over Wyoming and LeTourneau. Last week’s game against Auburn was another loss, this time 80-63.

Over on the BYU side, they’re starting to gain some steam with a few really great efforts on the court lately. The Cougars started at 3-1 with a loss to USC, then took out St. John’s and Utah State in their next pair. A 74-70 loss to Boise State followed, then came great wins 82-64 over Utah and 72-62 over San Diego State.

In the win over the Aztecs, BYU’s Alex Barcello posted 22 points with seven rebounds and seven assists. Both Brandon Averette and Matt Haarms notched 10 points apiece, combining for one assist and 10 rebounds as well.

PICK: I’m sticking with BYU. Texas Southern has posted some nice offensive efforts over their last four games, with 70 or more in three of four. That said, the Tigers have faltered a bit against the tougher teams, and they’re going to have to pour in the points to stay in range here. The Cougars have been heating up over their past five games, and as long as there’s no hangover after the big win over San Diego State, I like BYU to bang out an impressive cover and keep it rolling.