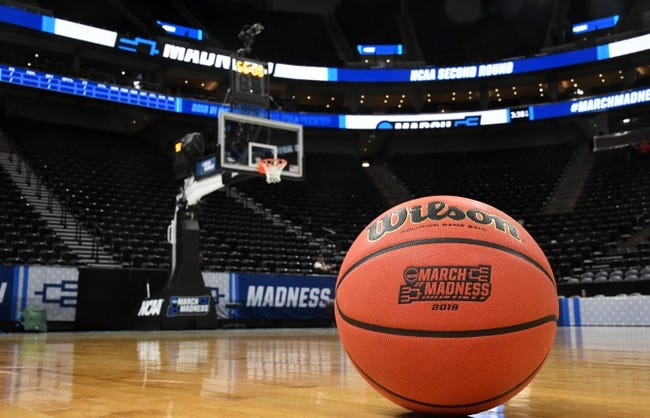 The Canisius Golden Griffins and the Monmouth Hawks meet in college basketball MAAC-tion from the OceanFirst Bank Center on Sunday afternoon.

The Canisius Golden Griffins will finally take the floor with their 1-1 record after a 56-52 loss to Marist last time out. Majesty Brandon led the Golden Griffins with 21 points on 8 of 15 shooting with 4 threes and 5 steals while Malek Green added 11 points with 13 rebounds for the double-double as the only other double-digit scorer for Canisius in the losing effort. Jacco Fritz also chipped in 7 points and a team-high 4 assists as well in the defeat for Canisius. Brandon leads Canisius in scoring with an average of 18.5 points per game while Green is the Golden Griffins’ leading rebounder with 10 rebounds per game and Fritz leads Canisius in assists with 4.5 assists per game this season. As a team, Canisius is averaging 66.5 points on 42.9% shooting from the field, 30% from 3-point range and 62.9% from the foul line while allowing opposing teams to average 64 points on 43.9% shooting from the field and 25.7% from 3-point range this season.

The Monmouth Hawks will look to bounce back after falling to 1-2 on the year with a 78-76 loss to Saint Peter’s last time out. Deion Hammond led the Hawks with 15 points on 5 of 11 shooting while Donovann Toatley added 13 points o 4 of 9 shooting with a pair of threes and 3 steals. George Papas added 12 points with a pair of threes to round out the trio of double-digit scorers for the Hawks in the loss. Nikkei Rutty and Jarvis Vaughan each had a team-high 8 rebounds while Samuel Chaput dished out a team-high 5 assists and Malik Martin added 6 points with 4 assists and a pair of blocks. Hammond leads Monmouth in scoring with 20.3 points per game while Rutty leads the Hawks in rebounding with 6.3 rebounds per game and Chaput leads Monmouth in assists with 3.3 assists per game this season. As a team, Monmouth is averaging 80.7 points on 42.7% shooting from the field, 40.8% from behind the arc and 70% from the foul line while allowing opposing teams to average 83.3 points on 44.4% shooting from the field and 42.1% from 3-point range this season.

This is a hard game to call as both teams have had extended layoffs, with cancellations forcing Canisius to not play for over two weeks while this is Monmouth’s first scheduled game in over a week so there could be some rust. However, I trust Monmouth a lot more on the offensive end to do their job, so I’ll lay the points with the Hawks in this one.