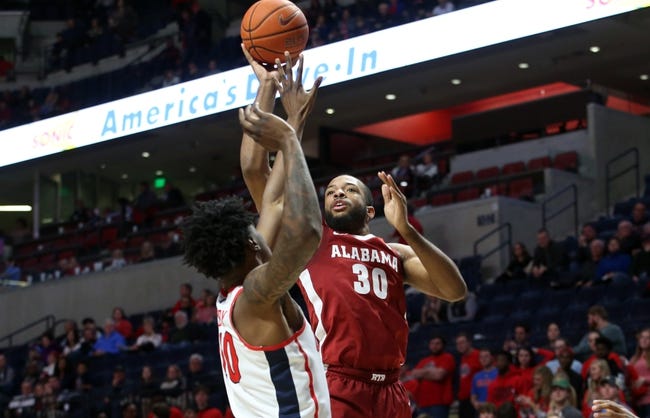 The Ole Miss Rebels will look to add to their 90-43 win over UT-Martin last time out to climb to 5-1 on the year. Jarkel Joiner and KJ Buffen each had 16 points to lead Ole Miss with Buffen shooting an efficient 7 of 8 from the floor with 6 rebounds and a pair of blocks while Joiner shot 7 of 10. Matthew Murrell added 13 points on 5 of 7 shooting with 3 threes and Austin Crowley chipped in 11 points with 3 triples of his own to finish off the scoring in double digits for Ole Miss in the victory. Luis Rodriguez added 5 points with a team-high 9 rebounds and 4 assists while Devontae Shuler added 6 points with a team-high 8 assists for the Rebels in the winning effort. Shuler leads Ole Miss in scoring and assists with 14.8 points and 3.8 assists per game while Rodriguez leads the Rebels in rebounds with 8.5 boards per game this season. As a team, Ole Miss is averaging 74.7 points on 47.6% shooting from the field, 28.8% from 3-point range and 69% from the foul line while allowing opposing teams to average 52.7 points on 35.8% shooting from the field and 32.7% from the 3-point line this season.

The Alabama Crimson Tide will look to add to their 5-3 record after an 85-69 win over East Tennessee State last time out. Jaden Shackelford led the Tide with 26 points on 8 of 13 shooting from 3-point range while Jahvon Quinerly added 14 points with a team-high 9 assists as the only other double-digit scorer for Alabama in the winning effort. Jordan Bruner and Herbert Jones each had 8 points with Bruner logging a team-high 8 rebounds while Jones had 6 rebounds and a pair of blocks. Shackelford leads the Tide in scoring with an average of 14 points per game while Quinerly leads the Tide in assists with 3.6 assists per game and Jones leads Alabama in rebounding with 6.8 rebounds per game this season. As a team, Alabama is averaging 76.8 points on 41.6% shooting from the field, 30.2% from 3-point range and 68.8% from the foul line while allowing opposing teams to average 71.3 points on 43.4% shooting from the field and 33.5% from 3-point range this season.

Ole Miss comes into this game with the better record and their defensive numbers are superb on the surface. However, while Alabama’s been in a lot of closer games, the level of competition is a solid step above what Ole Miss has been dealing with so far this season and I think once we really get into conference play, that level of competition is going to benefit the Tide in a big way. I think steel sharpens steel and Alabama’s level of competition has them prepared for this one so I’ll lay the point with the Crimson Tide in this one.