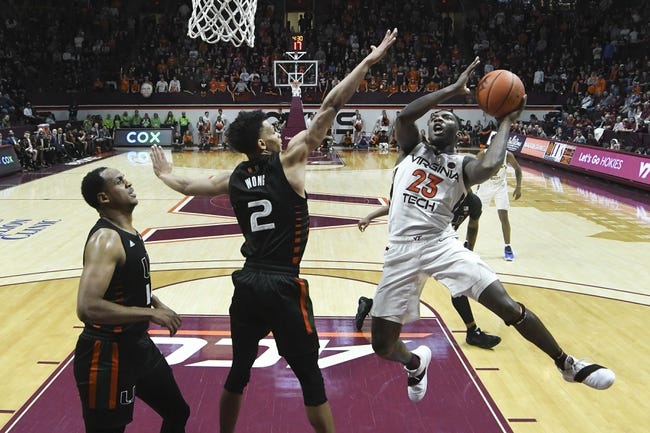 Miami is sitting at 4-2 so far this year. The Hurricanes had lost consecutive games before beating Jacksonville in their last outing. As for Virginia Tech, they’re 7-1 this season. The Hokies have won three straight games versus Clemson, Coppin State and Longwood. Check back all season long for free college basketball picks at Sports Chat Place.

Miami has certainly been choppy in the win column this season so far. The Hurricanes started out with three straight wins over North Florida, Stetson and Purdue. After that it was consecutive losses to FGCU 66-62 and Pittsburgh 70-55. The Hurricanes bounced back on December 19 with a 73-64 win over Jacksonville, though.

Over on the Virginia Tech side, the kicked off their year at 4-0 with wins over Radford, Villanova, South Florida and VMI. The Hokies got a wake-up call with a 75-55 loss to Penn State, but have won their last three. Those wins came 66-60 over Clemson, 97-57 over Coppin State and 84-58 over Longwood.

in the win over the Lancers, Virginia Tech’s Jalen Cone led the team with 18 points and one rebound. Keve Aluma managed 14 points with four rebounds and one assist, and Joseph Bamisile chipped in 11 points and two rebounds. Tyrece Radford added nine points with eight rebounds and three assists as well.

PICK: I’m going to stick with Virginia Tech. The Hurricanes began the season with a couple of solid offensive performances but have cooled off lately. In their last four games, Miami has posted more than 62 points just once after putting up a combined 159 points in their first two outings. Virginia Tech had a skid of three games with 66 or fewer points in each, but has gotten back to business on the scoreboard against overmatched competition in their last two games. I like Virginia Tech to keep it going and bang out a cover here.