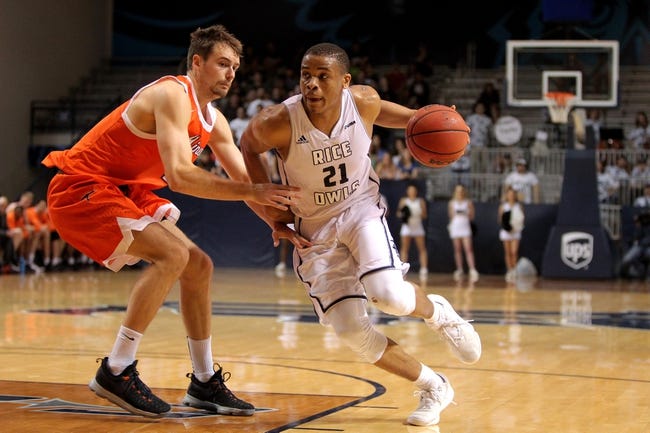 Rice enters this one at 8-2 so far. The Owls are riding a three-game winning streak and coming off two wins over UTSA. As for UTEP, they’re 5-3 this year. The Miners split two games with Southern Miss in their last pair of appearances. Check back all season long for free college basketball picks at Sports Chat Place.

Rice opened up the season with four straight wins, taking out Incarnate Word, Our Lady of the Lake, Le Tourneau and Houston Baptist. The Owls went 1-2 in their next three with losses to New Mexico and Sam Houston, but have won their last three over New Orleans and UTSA.

Over on the UTEP side, they took out UTPB and Sul Ross State in their first two games, then fell to Saint Mary’s and Arizona. After that it was consecutive wins over Arizona State and Benedictine Mesa before a loss to Southern Miss. UTEP beat the Golden Eagles in their last game, however.

In the 77-62 win over Southern Miss on Saturday, UTEP’s Jamal Bieniemy post 20 points with seven assists and three rebounds. Souley Boum added 17 points with four assists and one rebound and Tydus Verhoeven chipped in 11 points with two boards and one assist.

PICK: I’m going to stick with Rice here. The Owls offense has looked pretty good when they get going this season, and they’ve notched 73 or more points in four of their last five games. UTEP has been on a nice clip themselves, with 76 or more in three of their last four. I like Rice to get out to a nice start here; if the Owls can get into a nice rhythm early this is a solid spot for a cover.