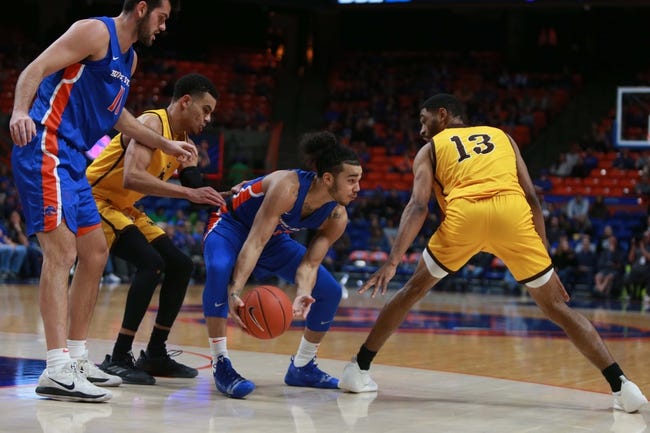 The Boise State Broncos are a team you shouldn't be trying to step in front of, as they're winning, covering and have a defense to go along with their explosive offense. Boise State also just beat the Wyoming Cowboys a couple days ago by 23 points while shooting 52 percent from the field. I'll lay the chalk once again with Boise State.