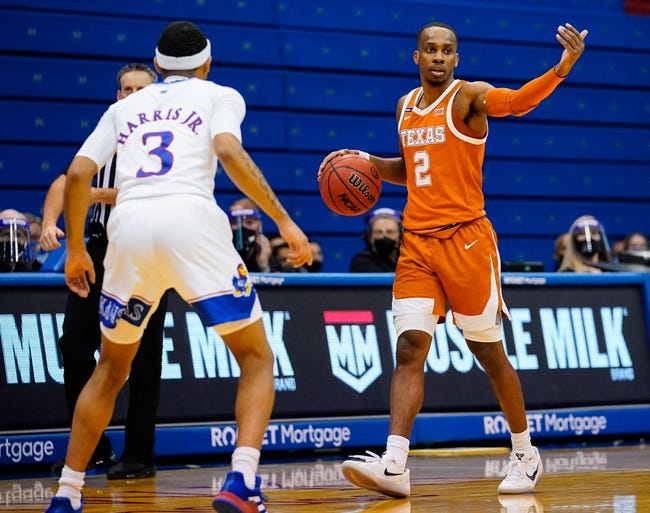 Kansas enters this one at 17-7 so far. The Jayhawks are riding a five-game win streak and coming off a victory over Texas Tech. As for the Longhorns, they’re currently 13-6 this year. Texas is 2-1 in their last three and lost to West Virginia in their most recent game. Check back all season long for free college basketball picks at Sports Chat Place.

Kansas started out the year at 10-2, then hit a rough patch in the schedule with a 2-5 run. The Jayhawks have righted the ship since then, recording wins over Oklahoma State, Iowa State (twice), Kansas State and Texas Tech in their last five.

In the 67-61 win over Texas Tech, Kansas’ David McCormack put up 17 points with eight rebounds and two assists. Ochai Agbaji added 14 points, and Jalen Wilson doubled up on 11 points with 11 rebounds and one assist.

Over on the Texas side, their year started out at 11-2 with losses to Villanova and Texas Tech. Since then the Longhorns have been on a 2-4 run with losses to Oklahoma, Baylor, Oklahoma State and West Virginia in that time.

In the 84-82 loss to West Virginia, Texas’ Courtney Ramey led the team on 28 points with three assists and one rebound. Matt Coleman put up 20 points with seven assists and three rebounds, and Jericho Sims had 14 points with five rebounds.

PICK: I’m going to stick with Texas. The last time these teams met, the Longhorns pulled off an 84-59 blowout win. Texas scored 37 points in the first and 47 in the second in an offensive barrage, and also held a 46-37 rebounding edge. It was a complete game for the Longhorns and a great victory. Texas has been shaky here and there this season, but I still like them on a cover in this matchup.