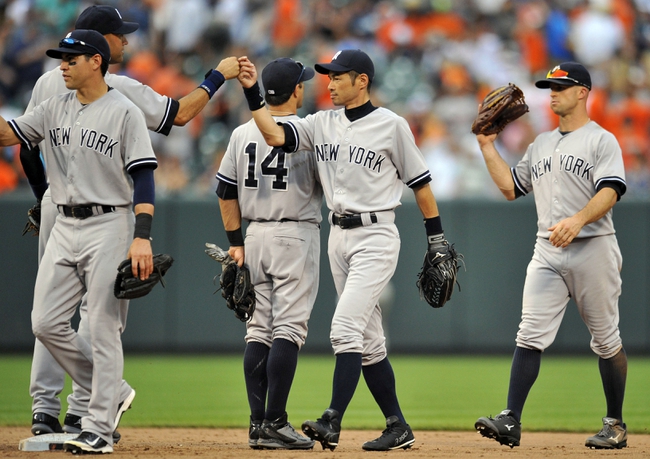 Here are the most popular sport teams in the world.

Manchester United – It doesn’t get much better than Manchester United, pretty much the most decorated soccer team in the history of the sport. Manchester United claims to have more than 600 million fans worldwide and a lot of those people aren’t even from the United Kingdom. Many of Manchester United’s fans are from the Asia Pacific region, China and the Middle East. Wherever they’re from, that’s a ton of people who support the team. Forbes once listed Manchester United as the richest team in all of sports, worth well over two billion dollars.

Real Madrid – According to a recent Forbes article, Real Madrid is considered the most valuable soccer team in the world, currently worth nearly 3.5 billion dollars. Yeah, that doesn’t happen unless the popularity is through the roof. Real Madrid has the second highest average all-time attendance in the history of Spanish football and always plays in front of a packed house that usually consists of most season ticket holders. Oh, and getting season tickets to watch this team doesn’t happen overnight, as you must first become a club member. Real Madrid always has some of the most popular players in the world, including Cristiano Ronaldo. And because of that, Real Madrid will always be one of the more popular sport teams in the world.

New York Yankees – Although the Yankees are part of a strictly an American sport, you’re sure to find the teams logo just about anywhere. Everybody has heard of the Yankees and is sure to know about as least some of their history. The Yankees have won 27 World Series titles, 40 pennants and have introduced some of the games top players ever. Derrek Jeter, Babe Ruth and Joe DiMaggio are just some of the iconic names who have played for the Yankees. The Yankees are a franchise that speaks for itself and is drenched in history.

Barcelona – Barcelona voted a couple of years ago to expand Camp Nou stadium to more than 100,000 people. That expansion does not take place if Barcelona isn’t one of the top soccer teams in the world. Barcelona has the largest following on social media of any team in the world, which includes more than 12 million followers on Twitter. Borussia Dortmund is the only European football club that has a higher average attendance than Barcelona. Barcelona has a fierce rivalry with Real Madrid, and for good reason. When you’re two of the most popular teams in the world, there’s sure to be some competitiveness.

Dallas Cowboys – Why does ESPN and other media outlets shove the Dallas Cowboys down your throat even when they aren’t winning? Well, because the Cowboys are one of the more popular teams in the world and the iconic star is one of the more recognizable logos in sports. Maybe it’s the five Super Bowl championships or the countless Hall of Fame players who have been a part of this team, the Cowboys are one of the few NFL teams that could play just about anywhere and people would know who they are. Of course popularity would rise if Jerry Jones could put together a winning team but winning or not, the Cowboys still set the bar when it comes to popularity.

Los Angeles Lakers – Basketball is probably the most global American sport there is, and it doesn’t get any bigger than the Los Angeles Lakers. With 16 NBA championships and 31 conference titles, the Los Angeles Lakers set the standard when it comes to winning on the hardwood. The Los Angeles Lakers have also featured some of the game’s best to ever play such as Magic Johnson, Kobe Bryant, Kareem Abdul-Jabbar and Shaquille O'Neal, which certainly does not hurt in terms of popularity. When you mention purple and gold there should only be one team that comes to your mind.

Notre Dame Football – College football is bigger than ever and while teams across the country continue to build their brand, Notre Dame is still the most prestigious team in the sport. Notre Dame is so big that it can pretty much schedule whoever it wants while staying independent and rack in more cash than most other programs who have to spit the pie with their conference. Notre Dame is also the only FBS team that has all of its home games televised exclusively by one network, as NBC has been hosting the games since 1991 and will continue to do so through 2025. Everybody has an opinion on Notre Dame football, which just builds their popularity.

New York Knicks – Kind of like the Dallas Cowboys, the New York Knicks get love regardless despite the fact they haven’t won an NBA championship since 1973. Why? Well, because the Knicks play in arguably the most popular city in the world and play in Madison Square Garden, which is the top basketball arena in the world. Perfect combination. The Knicks are worth well over a billion dollars, making them the most valuable team in the NBA. Numbers and popularity are also going to continue to skyrocket with Phil Jackson putting his fingerprints on this franchise. The Knicks haven’t won much but there are too many people who aren’t aware of this historic team.

The pick in this article is the opinion of the writer, not a Sports Chat Place site consensus.
Previous Pick
2014 NFL Mock Draft: Projecting The Top 10 Picks in the First Round
Next Pick
An Index of All Of Our Free Picks For Today's Games