What Golfers Have Won The Most Major Championships? 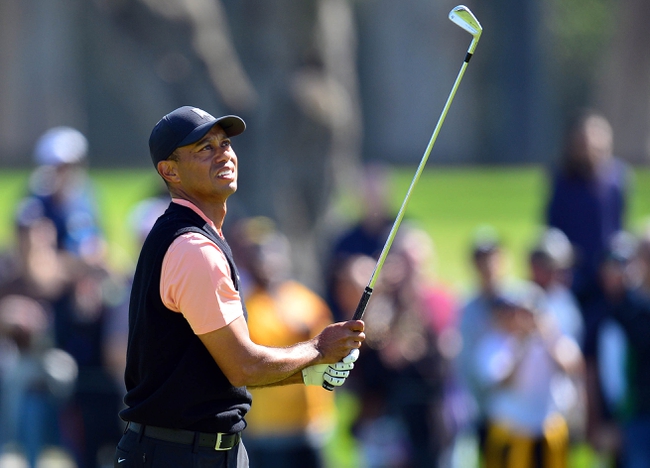 The Most Golf Major Championship Wins

Winning Major Championships are what many feel differentiate the very good from the great golfers.

At one time the US Amateur and the Amateur Championship were considered to be Majors but they no longer are and this list only considers wins in what are currently considered to be the Golf Majors which are: The Masters, The US Open, The Open Championship and The PGA. Get Golf Picks and Golf Predictions for all of the PGA Tour events at Sports Chat Place.

These are the winningest golfers in terms of Major Championship wins.

18 Wins - Jack Nicklaus (6 Masters, 4 US Open, 3 The Open, 5 PGA) - The Golden Bear coined the term Major to define the tournaments that just mean more than the others and he always seemed to show up for these. Jack Nicklaus is considered by most to be the greatest golfer of all time and his record doesn’t even include his amateur success.

15 Wins - Tiger Woods (5 Masters, 3 US Open, 3 The Open, 4 PGA) - Tiger Woods looked to be a sure fire lock to pass Jack Nicklaus on this list but a series of injuries and off the course issues will likely keep him from passing Jack. Tiger is also a historian of the game and while he stands behind Nicklaus here, it’s likely a position he can live with.

11 Wins - Walter Hagen  (2 US Open, 4 The Open, 5 PGA) - Walter Hagen was considered the top golfer in the first half of the 20th century but his numbers are compromised because the Masters didn’t begin until the latter part of his career when his best play was already behind him. Hagen was the first American to win The Open.

9 Wins - Ben Hogan (2 Masters, 4 US Open, 1 The Open, 2 PGA) - Ben Hogan is considered the be the best ball striker of the ball in the history of golf. Hogan was the premiere shot maker of his day and managed to pull off the career slam despite being severely injured in an auto accident that many thought would end his career.

9 Wins - Gary Player (3 Masters, 1 US Open, 3 The Open, 2 PGA) - Gary Player is one that very short list of golfers who won all 4 Majors and the Black Knight was as steady as they come. Player won an additional 9 Majors on the Champions Tour.

8 Wins - Tom Watson (2 Masters, 1 US Open, 5 The Open) Tom Watson likely would have won more Majors if it weren’t for number 1 on this list, Jack Nicklaus. While Watson never won the PGA to complete the career slam, he was one of the greatest ever when it came to The Open.

7 Wins - Harry Vardon (1 US Open, 6 The Open) - While Vardon’s run need in 1914, his record 6 wins in The Open still stands today. Vardon also popularized the Vardon Grip which is still used by most golfers today.

7 Wins - Bobby Jones (4 US Open, 3 The Open) - Bobby Jones was the founder of Augusta National and the Masters Tournament and is the most accomplished amateur of all time. Jones regularly competed and beat many of the pros on this list and won 5 US Amateurs a British Amateur all before retiring at the age of 27.

7 Wins - Gene Sarazen (1 Masters, 2 US Open, 1 The Open, 3 PGA) - Sarazen is a member of the small group of players who achieved the career slam by winning all four majors. Sarazen is also know as the inventor of the modern Sand Wedge.

7 Wins - Sam Snead (3 Masters, 1 The Open, 3 PGA) - Sam Snead retired with the most wins in the history of the PGA Tour, 82. Snead never completed the career slam as he never won the US Open though he finished second 4 times.

7 Wins - Arnold Palmer (4 Masters, 1 US Open, 2 The Open) - Arnold Palmer changed golf and he was the first sports superstar of the TV era. Palmer is fifth on the career victories list but his charisma is responsible for the popularity of golf.

The pick in this article is the opinion of the writer, not a Sports Chat Place site consensus.
Previous Pick
The Players Championship: PGA Golf Pick, Odds, Preview, Predictions, Sleepers - 3/12/20
Next Pick
Which Golfers Have The Most Wins In PGA Tour History?