Which Golfers Have The Most Wins In PGA Tour History? 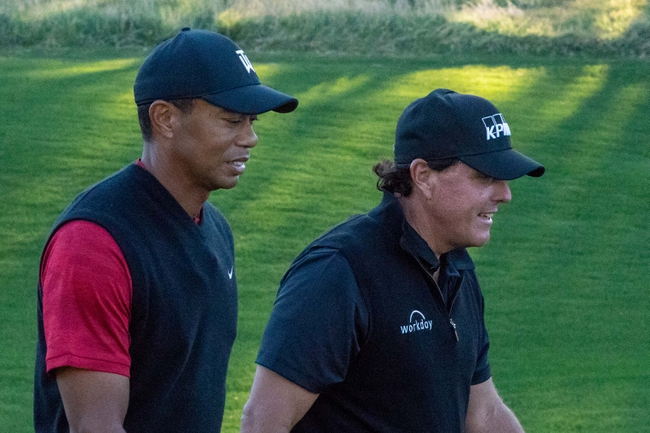 The Most Wins In PGA Tour History

This generation is blessed to have seen some of the best golfers in the history of the sport, including the best golfer to ever do it. Just 20 career victories is an accomplishment, as it gives that golfer a life membership on the PGA Tour. While this sport has oodles of history, there’s not a lot who have consistently won on this level. Get Golf Picks and Golf Predictions for all of the PGA Tour events at Sports Chat Place.

Here are the 10 golfers with the most career PGA Tour wins.

1. Sam Snead, 82 - Sam Snead is the first golfer to win an event through six different decades (1930s - 1980s) and is the oldest player to win an event, as he won the Greater Greensboro Open at 52 years old. Snead has seven masters to his credit with three of them coming at the Masters Tournament.

1. Tiger Woods, 82 - Tiger Woods has this many victories and is only 44 years old. With his health improving and no more off the field issues, it’s only a matter fo time before Woods will be the winningest golfer in PGA history. Woods has 15 major championships and is 14-1 when going into the final round of a major with at least a share of the lead.

3. Jack Nicklaus, 73 - Jack Nicklaus holds the PGA record with 18 major championships, and he won at least one major in four straight years. Many consider Nicklaus to be the smartest player in golf history, and it’s led to arguably the most consistent career in the sport.

4. Ben Hogan, 64 - Ben Hogan is known for having possibly the best ball striking in the history of the sport, and he’s one of five golfers to win all four major championships. Hogan later struggled to play full-time due to an automobile accident in 1949 that almost killed him. Who knows what Hogan’s numbers would look like if he had more starts later in his career.

5. Arnold Palmer, 62 - Arnold Palmer had one of the best stretches in golf history when he won 29 PGA events from 1960 to 1963, and he’s the first golfer to earn a $1 million in career earnings. Palmer has seven major championships on his resume.

6. Byron Nelson, 52 - Byron Nelson had possibly the best season in golf history in 1945 when he won 18 of 35 events, which includes 11 victories in a row. Nelson also has a stretch of 113 straight made cuts, which is second all-time, and he’s tied for the shortest career on this list, as he played just 17 years.

7. Billy Casper, 51 - Billy Casper has just three major championships to his credit, but he was one of the more consistent golfers on this list, winning at least one PGA event for 16 straight years. Only Palmer and Nicklaus have a longer streak than Buffalo Bill.

9. Phil Mickelson, 44 - Phil Mickelson has cooled down in terms of victories the last several years with just two wins since 2014. However, Mickelson racked up 17 victories in his first nine years on tour. Few players are as competitive as Lefty and it wouldn’t be a shock to see him jump a few spots on this list before he hangs it up.

10. Cary Middlecoff, 40 - Cary Middlecoff had his career cut short due to back issues, but this is somebody who won 28 events in the 1950s, making him the winningest golfer during that decade.

The pick in this article is the opinion of the writer, not a Sports Chat Place site consensus.
Previous Pick
What Golfers Have Won The Most Major Championships?