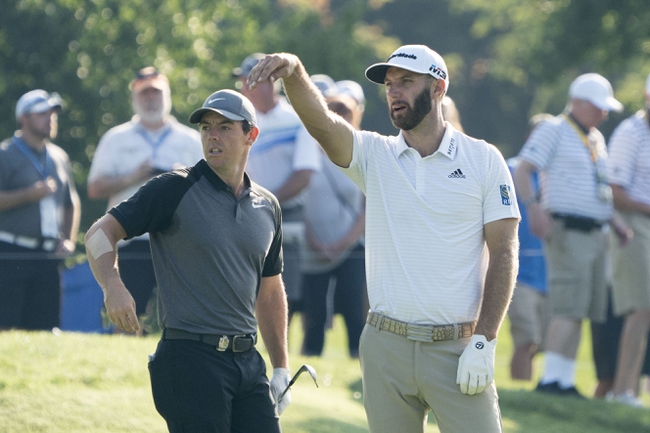 We have our first live televised golf event in more than two months with the TaylorMade Driving Relief this Sunday, which is a four-man charity match that features Rickie Fowler, Dustin Johnson, Matthew Wolff and Rory McIlroy. There’s four million dollars that will be split among COVID-19 charities depending on the results and it will be the first televised event at the Seminole Golf Club, which is considered one of the best courses in the country.

Let’s give a quick breakdown of the teams and try to make some money this weekend on the greens.

Rory McIlroy and Dustin Johnson, -200 - Rory McIlroy and Dustin Johnson are as accomplished of a team you can put together, as they’ve won a combined five majors and 38 PGA events overall. These are guys who don’t fold under pressure and are usually pushing the rest of the field even when they don’t win. McIlroy has finished in the top-five in each of his last seven events, which includes winning the WGC-HSBC Champions. Johnson has finished outside of the top-25 in four of his last seven events, but he was the most dominant golfer in the world around this time last year and does have a runner-up finish back in February at the Saudi International. If these two are anywhere close to their normal form, they can beat any pairing on the planet.

Rickie Fowler and Matthew Wolff, +160 - Rickie Fowler and Matthew Wolff have won a combined six PGA events and have 10 victories when you throw in Fowler’s success on other tours. Fowler had a top-20 finish at the Arnold Palmer back in March, but he’s also missed the cut in two of his last four events overall. Fowler can be real up and down, but he’s consistently in the running for a victory when he’s on his game. Wolff was an All-American at Oklahoma State where he also won a national title in 2019. Wolff has little PGA experience, but he’s averaging a 70.2 score for his career and does have a victory that came last year in the 3M Open with a -21 to par. The victory came just a moth after Wolff turned pro.

Pick: There’s a lot of unknown heading into this event due to the Coronavirus shutting down the world and not knowing how much these guys have practiced over the last few months. Many are locked inside their house, so who knows how many reps these players have had over the last two months. Seminole Golf Club is also a private course and rarely exposed, so I also question how much experience these players have hitting the ball on these greens. All of that leans me toward the plus money and taking my chances with the bigger payout.

With that said, Rory McIlroy and Dustin Johnson cruise to victory if they’re anywhere close to playing at their level. We’re talking about two of the top players in the world who were hitting the ball well before quarantine went into effect. Fowler runs hot and cold and you’re never sure which player you’re going to get. Wolff is talented, but he’s also wet behind the ears in terms of pro experience and who knows how he’s going to handle this unique situation.

You can make a case for either side, but I have more trust in McIlroy and Johnson at the end of the day. I’ll lay the juice.

The pick in this article is the opinion of the writer, not a Sports Chat Place site consensus.
Previous Pick
Which Golfers Have The Most Wins In PGA Tour History?
Next Pick
Champions for Charity: PGA Golf Pick, Odds, and Prediction - 5/24/20