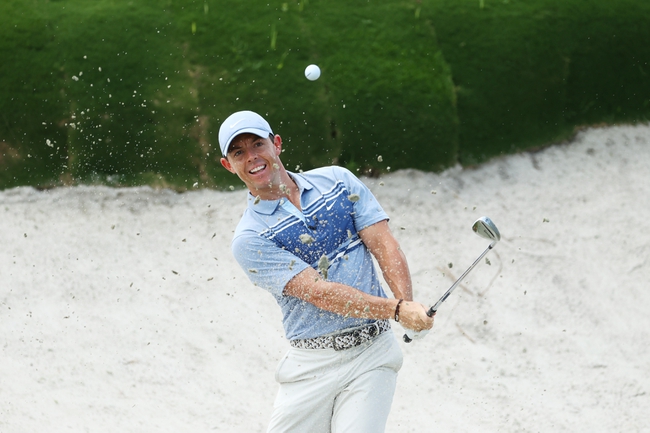 After a couple of months of no golf, we head to Texas for the Charles Schwab Challenge, the first PGA event since the Arnold Palmer Invitational in early March. This is a good week to take a shot with some big dark horses considering we have no real read on form and guys have been off for so long. We have no idea what to expect heading into this week. With that said…

Tony Finau, +3300 - Tony Finau missed the cut the last time we saw him, but he’s also finished 14th or better in three of his last five events overall. Finau has been boom or bust over the last several months, but he’s pushing the leaderboard when he’s in and sniffing around a victory. Finau has made the cut in all four appearances at this event and that includes a runner-up spot last year. Finau is averaging a score of 68.9 in his four trips here as well. These odds make Finau a play hard to pass up this week.

Rory McIlroy, +675 - Before play was suspended, Rory McIlroy was the best player on the planet with eight straight top-five finishes and a victory at the HSBC Champions. You have to go back to the Alfred Dunhill Links Championship the last time McIlroy finished outside of the top-25 and the British Open the last time he missed the cut. McIlroy will be making his debut at this event, but if you’re going to put stock into how players looked before the break, McIlroy is a must play.

Phil Mickelson, +8500 - Phil Mickelson was in brutal form the last time we saw him, which includes missing the cut in four of his last six events. However, Mickelson is a two-time winner at this event, has made the cut 12 times in 15 starts and has four top-10 finishes. Mickelson also has a leg up in terms of knocking the rust off, as he just participated in the Champions for Charity at the Medalist Golf Club. Competing against Tiger Woods and Peyton Manning is obviously a lot more different than a loaded field with pros, but this is a decent shot in the dark.

Webb Simpson, +2200 - Webb Simpson was playing the best golf of his life before the break, which includes a victory at the Phoenix Open and top-10 finishes in four of his last five events overall. Simpson hasn’t missed a cut since the Valspar Championship more than a year ago. Simpson has been hit or miss at the Charles Schwab Challenge in five trips, missing the cut three times, but the two times he saw the final day, he produced top-five finishes. There’s a lot to like about Simpson heading into this week.

Jordan Spieth, +3300 - Right when people were ready to say Jordan Spieth was returning to his old self, he finishes outside of the top-50 in four of his last five events and missed the cut at the Phoenix Open. It’s hard to find the confidence in Spieth until he strings together strong performances and not flashes, but he’s previously shown there’s some gas left in his tank and he’s money at this event. Spieth has made the cut here in all seven trips, averaging a 67.7 score and producing five top-10 finishes, which include a victory in 2016. Based on the strong history here, Spieth is deserving of a look.

The pick in this article is the opinion of the writer, not a Sports Chat Place site consensus.
Previous Pick
Champions for Charity: PGA Golf Pick, Odds, and Prediction - 5/24/20
Next Pick
Which PGA Golfer Had The Most Masters Wins During Their Career?