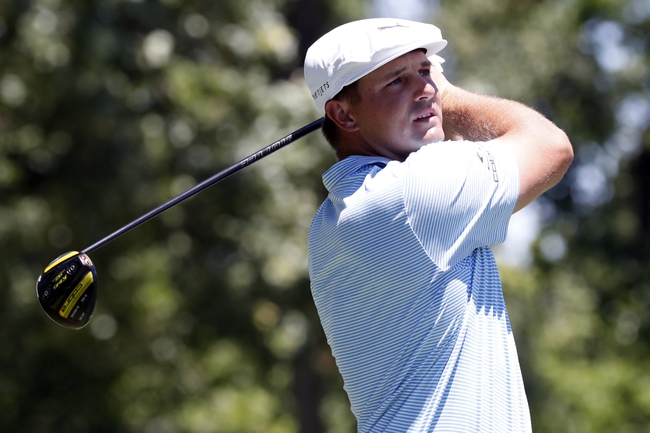 We continue our PGA return this week with the only trip of the season to South Carolina for the RBC Heritage. This event debuted in 1969 and is usually played the week after the Masters. Outside of Jordan Spieth giving our +3300 odds a ride heading into Sunday, we didn’t do all that well with our selections at the Charles Schwab Challenge. Good thing about sports betting is that there’s always tomorrow.

Webb Simpson, +2500 - Webb Simpson was one of our biggest disappointments last week, as he missed his first cut since the Valspar Championship. That’s usually enough to turn somebody off the following week, but Simpson has made the cut in nine of his 10 trips at the RBC Heritage with a scoring average of 70.1, and he has two top-10 finishes, which includes a runner-up spot in 2013 when he had a playoff loss to Graeme McDowell. History suggests this being a bounce back week for Simpson.

Jim Furyk, +15000 - If you’re looking to hit a home run like some hit last week with Daniel Berger, Jim Furyk is worth consideration with these monster odds. Furyk looked decent with a -3 at the Charles Schwab Challenge, and he is a two-time winner at the RBC Heritage. Furyk has made the cut here in 15 of his 20 starts, is averaging a score of 70.01 and has top-10 finishes in eight of his last 15 appearances overall. A win at this stage of his career isn’t likely, but there’s enough here to suggest a shot in the dark.

Bryson DeChambeau, +1200 - Bryson DeChambeau changed his figure during the quarantine and could have easily won last week if it wasn’t for a subpar showing in round three. Either way, DeChambeau has four straight top-five finishes and has finished no worse than eighth in six of his last eight events. Expect the hot streak to continue considering DeChambeau has made the cut here twice in four tries, and those two times resulted in top-five finishes. One can argue DeChambeau should be the favorite this week over Rory McIlroy.

Ian Poulter, +8000 - Ian Poulter has put together strong performances in each of his last five events and was a -7 last week at the Charles Schwab Challenge. At the RBC Heritage, Poulter has made the cut all nine trips and has a pair of top-10 finishes. In fact, Poulter is averaging a finish of 9.3 in his last three appearances at the Harbour Town Golf Links. In terms of value, Poulter is easily one of the better bets on the board this week.

Kevin Kisner, +6600 - Kevin Kisner held his own last week and now looks to build on a near top-25 performance as he returns to a course he’s very familiar with being a South Carolina native. Kisner has made the cut in six of seven trips at the RBC Heritage, which includes finishing runner-up in a 2015 playoff loss to Jim Furyk. With some of the top players being rusty and others just trying to find their game, Kisner, a guy who knows these greens well, has an advantage that makes these odds intriguing.

The pick in this article is the opinion of the writer, not a Sports Chat Place site consensus.
Previous Pick
Which PGA Golfer Had The Most Masters Wins During Their Career?
Next Pick
Travelers Championship: PGA Golf Pick, Odds, and Prediction - 6/25/20