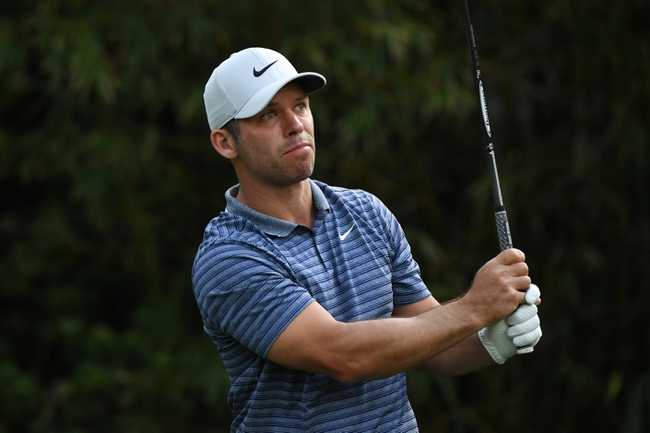 We make our first and only PGA trip to Connecticut this weekend for the Travelers Championship.

This event debuted in 1952 and is played at the TPC River Highlands in Cromwell. Last week at the RBC Heritage, Webb Simpson redeemed himself and cashed us a nice +2500 ticket, as he was the first golfer listed on the article. Hopefully we can get a winning streak going.

Bryson DeChambeau, +1200 - Simpson cashed for us when we put him on the card back-to-back weeks, so let’s double dip with Bryson DeChambeau. Last week, DeChambeau had a top-10 finish and had his chances to make us 12 times our money. DeChambeau has finished no worse than eighth in each of his last five events, and he’s currently first in driving distance and third in scoring average. DeChambeau has back-to-back top-10 finishes at the Travelers Championship and is averaging a score of 68.06 in four appearances overall. DeChambeau is due for a victory after nibbling around the top of the leaderboard.

Paul Casey, +3300 - This will be Paul Casey’s first event since the WGC-Mexico Championship back in February, so there’s pause for concern including him on the card. However, Casey is returning to a course he’s very familiar with, as he’s made the cut at the TPC River Highlands in all five appearances, has four top-10 finishes and is averaging a score of 67.10. Casey finished runner-up here in 2015 and 2018.

Patrick Cantlay, +2500 - Patrick Cantlay is another golfer who will make his debut since the restart, as we haven’t seen him since the Genesis Open back in February. The good news is Cantlay was in great form the last time we saw him, putting together four top-20 finishes in his last five tries and that doesn’t include a runner-up showing at the BMW Championship. Cantlay has three top-25 finishes in three of his five trips at the TPC River Highlands, and his 60 in 2011 was a course record at the time when he was just 19 years old.

Jordan Spieth, +4000 - Right when you’re ready to believe Jordan Spieth is turning the corner, he puts together a lousy performance and was just a -4 last week. However, there have been more consistent flashes that Spieth is finding his game and he has done a good job of bouncing back after a poor showing. After a forgettable event in Mexico, Spieth had a top-10 finish at the Charles Schwab Challenge. When Spieth missed the cut in Phoenix, he followed it up with a top-10 finish at Pebble Beach. Spieth won the Travelers Championship in 2017 when he beat Daniel Berger in a playoff.

Ian Poulter, +8000 - Ian Poulter hasn’t played at the Travelers Championship since 2013 and his 68.75 scoring average in three trips isn’t anything to write home about. However, Poulter is playing some of the best golf since the restart, scoring in the 60s in six of his last eight rounds and he had a -16 last week at the RBC Heritage. Based on current form, Poulter is worth a look with these monster odds.