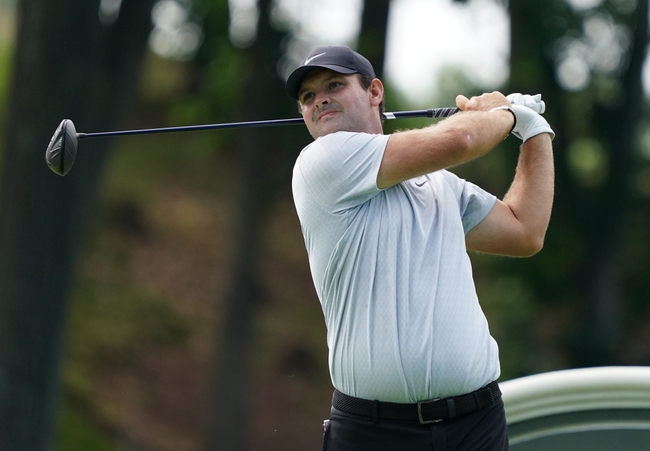 We make our first and only PGA trip to Michigan this weekend for the Rocket Mortgage Classic.

This event debuted last year and is played at the Detroit Golf Club. We weren’t able to land a winner last week, but two of our five picks produced top-15 finishes and gave our odds a run for our money. Let’s close the deal this weekend.

Bryson DeChambeau, +650 - Bryson DeChambeau doesn’t provide the big payout that other golfers will, but he’s somebody who should be on every golf betting card until he cools off this hot streak. DeChambeau has put together six straight top-10 finishes, which includes a -15 at the Travelers Championship last week. DeChambeau is the hottest and most consistent golfer on the planet right now and until that changes, I’m going to include him in my betting options.

Brandt Snedeker, +6600 - Brandt Snedeker has had issues finding his form since the Coronavirus return, and he’s missed the cut in three of his last five starts. However, Snedeker did show progress last week with a -8 at the Travelers Championship and that could be the spark he needed to get back on track. Let’s not forget that Snedeker was putting up countless top-10 finishes last week and constantly nibbling around a victory. Snedeker finished fifth at the Rocket Mortgage Classic last year. I’ll have a bite of these monster odds.

Tyrrell Hatton, +1600 - Tyrrell Hatton has quietly won two of his last five events and is coming off a third place finish at the RBC Heritage. Hatton hasn’t missed a cut since the BMW PGA Championship and has top-15 finishes in seven of his last eight events. Oh, Hatton is quite hot right now, and he’s had a lot of success in these style courses in the past. Hatton is going to be in the running for yet another victory this weekend.

Patrick Reed, +1600 - Patrick Reed has had trouble finding his form since the return, but he looked good Sunday that allowed him to sneak in the top-25, easily his best round of golf since golf came back. Reed isa golfer who thrives off momentum and he should be upbeat with the way he finished the Travelers Championship. Reed also has a thing for Donald Ross courses, and he finished fifth here last year. There’s a lot of upside with Reed this week.

Kevin Na, +4000 - Kevin Na is coming off a top-five finish at the Travelers Championship, and he was flawless in the final round where he hit 12 of 14 fairways and 15 of 18 greens in regulation. Na also sank his putts, which included a 23-foot putt on hole 18. Na didn’t play this course last year, but he’s a veteran who is as dangerous as anybody in the field when he has his game going. Na is somebody to watch, especially if he shows early signs of building on how he finished last week.