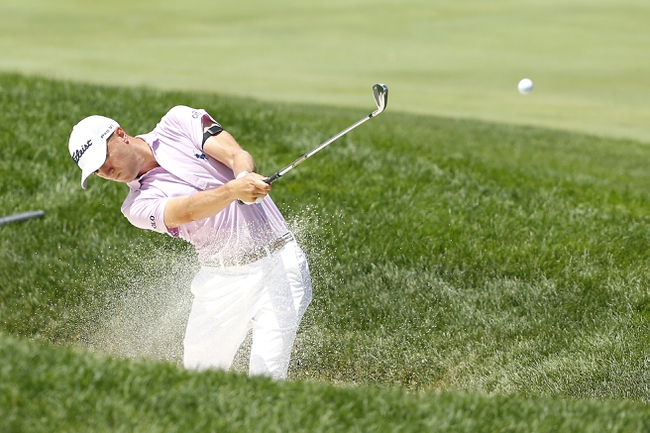 We stay in Ohio for another week with the Memorial Tournament this week in PGA golf action.

This event debuted in 1976 and is played at the Muirfield Village Golf Club. Last week was a bit of a disaster with three of our five selections missing the cut, but Viktor Hovland did give +2200 odds a ride with a third place finish. Let’s try to cash our third golf ticket since the sports return.

Viktor Hovland, +2200 - Since Viktor Hovland gave us an honest effort last week with these same odds, let’s throw him on the card again. Hovland is the only player to make the cut in all five tournaments since the return and all of those showings have resulted in top-25 finishes. Nobody has a better tee to green in the last three tournaments than Hovland. No Memorial experience for the 22-year-old, but Hovland is playing too well to ignore with these odds.

Justin Rose, +5000 - Justin Rose has had issues finding his form with back-to-back missed cuts and missed cuts in five of his last eight events overall. It’s tough to think Rose is going to go from that to a victory in a tournament like this, but he’s also somebody who has had terrific success at the Memorial Tournament, which includes a win here in 2010 and runner-up spots in 2008 and 2015. Rose has seven top-10 finishes in this event and is averaging a 70.6 score. I expect Rose to break out of this funk this weekend.

Justin Thomas, +1100 - Justin Thomas has three top-10 finishes in four events since the return and will be eager for a bounce back showing after coming up just short last week at the Workday Charity Open. Thomas is only making the cut at a 50 percent clip in six tries at the Memorial Tournament, but two of those spots resulted in top-10 finishes. Thomas has the form, history and hunger that makes him possibly the favorite heading into the week.

Xander Schauffele, +2500 - Xander Schauffele now has three top-20 finishes since the return and hasn’t missed a cut since the Farmers Insurance Open. Schauffele has been double-digit strokes under par in three of his last four events. Schauffele finished 14th at the Memorial Tournament last year and led the field in total driving and strokes gained off the tee during that performance. There’s a lot to like about Schauffele’s chances for his first win in over a year.

Tiger Woods, +2200 - We haven’t seen Tiger Woods since he shared the greens with Tom Brady and Peyton Manning, and he hasn’t played a PGA event since February at the Genesis Open. The only reason Woods is getting this much respect from oddsmakers is because he’s Woods and the public money removes any real value. However, golf is a little more fun when you have money on Woods, and he is a five-time Memorial champion. There’s little value here and Woods probably isn’t in playing shape with so much time off, but I’ll throw him a bone anyway for old time sake.