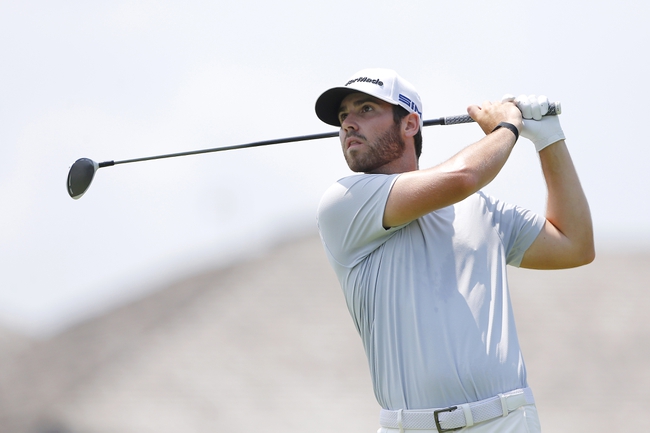 We head to Minnesota this week in PGA golf action for the second version of the 3M Open.

Last week was forgettable, as we had two top-25 finishers but none of our five selections were serious threats to cash a ticket. The good thing about sports betting is there’s always tomorrow.

Lucas Glover, +2800 - Lucas Glover has made the cut in each of his last five events and four of those resulted in top-25 finishes. You should like Glover’s chances to stay hot after he finished seventh at the 3M Open last year that included a course record 62. Glover is just too consistent to not give a look heading into this week.

Matthew Wolff, +2500 - Matthew Wolff has had issues as of late with missed cuts in three of his last five events, but he bounced back last week with a top-25 showing at the Memorial. Wolff is the defending champion at the 3M Open where he dominated through four rounds, and the field is a little weaker than usual this week to increase his chances of repeating. Sixth in driving distance, this is a course that suites Wolff well.

Sam Burns, +4000 - Sam Burns has quietly put together three straight top-30 performances after missing the cut at the RBC Heritage, and he’s coming off a 17th place finish at the Workday Charity Open. Burns also finished seventh at the 3M Open last year with a 67 scoring average. There’s a lot of value with Burns and these odds.

Erik van Rooyen, +3300 - Erik van Rooyen has put together top-25 finishes in two of his last three events and was hitting a nice ball last week at the Memorial. van Rooyen went to college at Minnesota, so he should be comfortable with this atmosphere and he’s facing a field that allows him to make some noise. van Rooyen has the approach to put together another strong showing and these odds are worth a look.

Charley Hoffman, +8000 - Charley Hoffman has had issues making the cut dating back to last year, but he also had a top-15 finish at Arnold Palmer and finished seventh the last time we saw him at the Workday Charity Open. Hoffman has shown that he’s capable of hanging with the field when he’s feeling good and this is a field that allows him to hang around. Hoffman is rested heading into this week and has been one of the better putters with him being 20th in birdie average. Hoffman is worth a play if you’re chasing a potential big payday.