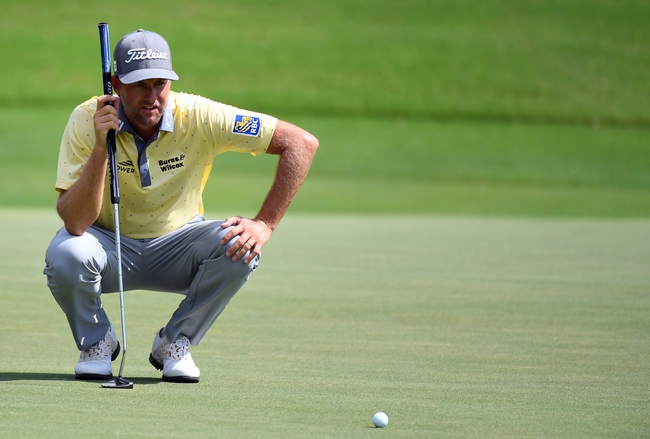 We head to Greensboro, North Carolina this week in PGA golf action for the 2020 Wyndham Championship.

We didn’t land the winner last week, but four of our five selections made the cut and we had two top-10 finishes, including Bryson DeChambeau who gave +1400 odds a run for its money. Let’s get back to work.

Webb Simpson, +1000 - Webb Simpson went to Wake Forest, so he’s familiar with these conditions well and won here back in 2011. Simpson has made the cut here in 10 of 11 tries, is averaging a 66.7 score and has seven top-10 finishes, including a runner-up spot last year. Simpson named his daughter Wyndham for god's sake. Not much left to be said here. Play Simpson for a chance to make 10 times your money.

Justin Rose, +2200 - Justin Rose found his putter last week and put together a top-10 finish after three straight events of missing the cut. Rose usually thrives on these style courses, and he finished fifth back in 2009, his last appearance at the Sedgefield Country Club.

Brendon Todd, +3300 - Brendon Todd has quietly put together three straight top-25 finishes and has a pair of wins this year as well. Guys who win this tournament are usually accurate drivers, and Todd is currently third in driving accuracy percentage. Todd doesn’t have a great track record at this event, but there’s a lot here that indicates he should have a productive week.

Sungjae Im, +3300 - Sungjae Im has been a disaster since the return of the sport, which includes missed cuts in two of his last three events and not a single top-25 finish since the Charles Schwab Challenge back in June. The good news is Im gained strokes both off the tee and approach last week at the PGA Championship, and he returns to a bermuda-grass surface where he seems most comfortable. Im finished sixth here last year in his first appearance.

Si Woo Kim, +3300 - Si Woo Kim has made the cut in seven straight events and is coming off a 13th place finish last week. Woo Kim has made the cut here twice in four tries, and those finishes produced in a victory in 2016 and a fifth place finish last year. Few golfers are hitting the ball as well as Woo Kim right now, and he has the history at this course. Nice value here with these odds.