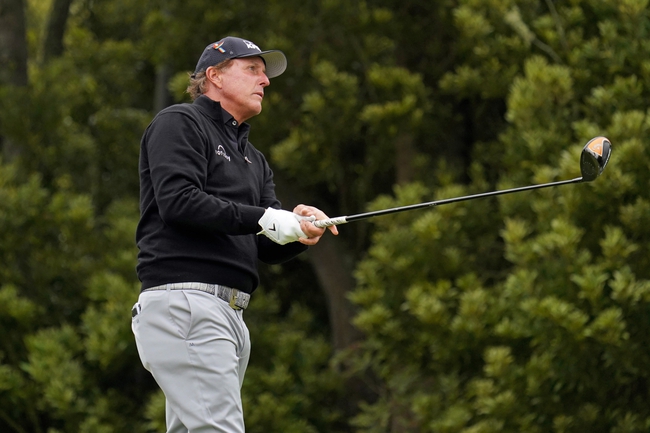 We head to Napa, California this week in PGA golf action for Safeway Open, the first event to begin the 2020–21 season.

Doc Redman, +3300 - With such a wide open and watered down field, Doc Redman has some value given the he’s only one of two players this week to play at least 30 rounds since the restart. Unlike a lot of players in this field, rust won’t be an issue for Redman, and he did have a third place finish at Wyndham and has been one of the better golfers in strokes gained over the last two months. Redman should be able to push the leaderboard this week.

Phil Mickelson, +2000 - Phil Mickelson won Charles Schwab the last time we saw him on the PGA Tour, and he comes back to a course he likes. Mickelson has made the cut in three of five trips at the Silverado Country Club and has two top-10 finishes. Mickelson has mentioned in the past that many players struggle with poa annua greens, but growing up in Florida, he’s used to the awkward surface and sees things clearer than most. While the betting favorite this week, Mickelson still gives you a chance to make 20 times your money.

Patrick Rodgers, +6600 - Patrick Rodgers has been a little shaky his last two times out, but he still has five top-25 finishes in his last 12 events. Rodgers finished sixth at this event back in 2016 and is averaging 0.32 strokes gained in 20 career rounds here. The track record speaks for itself and the wide open field opens the door up for somebody like Rodgers.

Cameron Davis, +4000 - Cameron Davis may pack the best value on the board this week after finishing the season with four straight finishes of 32nd or better, making him one of the hotter golfers in this field. Davis finished 17th at the Safeway Open in 2019 and is averaging a score of 70.67 in two appearances here overall. Davis has shown us when he’s hot, he’s hot, and right now he’s somebody to keep a close eye on with the way he’s hitting the ball.

Brendan Steele, +2200 - Brendan Steele hasn’t missed a cut since June and has three top-25 finishes in three of his last seven events. Steele has averaged 1.47 strokes gained per round in his history at his event and is a two-time winner of the Safeway Open with three top-10 finishes overall. It’s hard to leave Steele off this weeks card given how successful he’s been at this course that dates back to 2011.