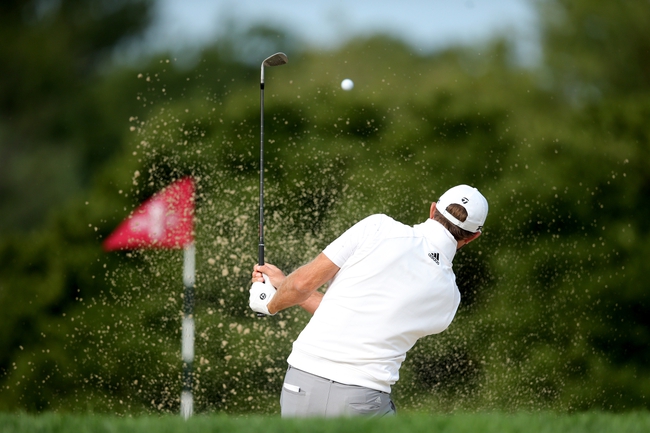 We head to Mamaroneck, New York this week in PGA golf action for U.S. Open, the second event to begin the 2020–21 season.

Bryson DeChambeau, +2500 - Bryson DeChambeau really fell apart in the playoffs and his approach game has been downright awful in his last three events. However, lets not forget hoe DeChambeau originally looked when the sport returned from the COVID break, as he was the best golfer in the field at the moment. In fact, it wasn’t that long ago when DeChambeau was favored to win the US Open along with Dustin Johnson. If you’re able to forget his recent struggles, DeChambeau has some value this week given the dip in odds.

Dustin Johnson, +800 - Dustin Johnson is the comfortable favorite this week and you have to like his odds even more after Brooks Koepka withdrew from the tournament. There’s no golfer hotter on the planet right now, as he’s either won or finished runner-up in each of his last four events. Johnson also won his only major at Oakmont Country Club, which has a lot of similarities to the Winged Foot Golf Club. You’re not going to get rich off this bet, but it’s hard to put together a golf card and not include DJ based on his current form.

Webb Simpson, +2500 - Webb Simpson started to heat up with three straight top-15 performances and he knows what it takes to grind out the US Open, which obviously includes a 2012 victory. Simpson isn’t blowing anybody away with his driver, but he’s one of the more accurate golfers in this field and led the tour in putts per greens in regulation. Simpson should probably be a top-five contender this week and these odds don’t reflect that.

Justin Rose, +5000 - It’s easy to forget about Justin Rose, as he’s missed the cut in four of his last six events and seven of his last 12 events overall. However, Rose is somebody you can ignore current form, as he consistently plays some of his best golf at tough courses and has a knack for showing up in big tournaments. In fact, Rose has 10 top-10 finishes in majors since 2013, which includes a US Open victory at the Merion Golf Club. Rose will give these odds a run knowing how he performs on the big stage.

Jon Rahm, +900 - Jon Rahm has top-15 finishes in each of his last four events, which includes a win in the BMW Championship. Rahm has won two of his last six events overall, both victories coming on tough courses, so his trip here shouldn’t bother him much. Rahm also has a reputation for not being mentally strong enough to win in majors, but he’s put together top-15 finishes in five of his last six major trips, so he’s showing signs of improvement in that area. I’ll double dip with the top two favorites this weekend.