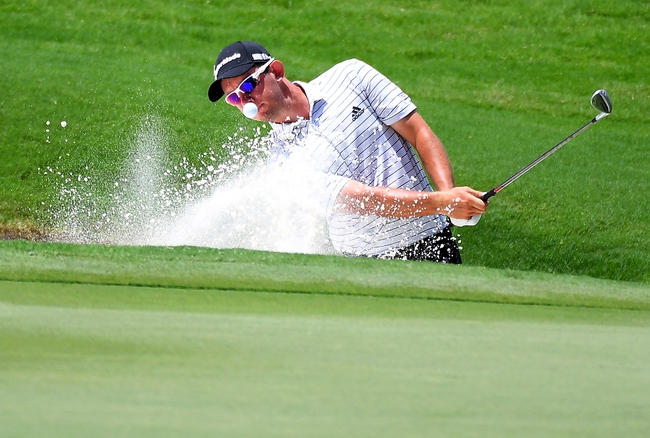 We head to Surrey, England this week in PGA European Tour golf action for BMW PGA Championship, and there’s a stacked field this weekend that provides great betting value.

Jordan Smith, +5000 - Jordan Smith has put together some snaky strong performances these last couple of months, which includes a top-10 showing in Ireland a couple weeks ago. Smith is also very familiar with this course and doesn’t live too far from Wentworth Club. Smith has made the cut at the BMW PGA Championship in two of three trips, and he heads into this event ranked third in greens in regulation percentage and 11th in stroke average. Smith is somebody to keep a close eye on this week and these odds make him a nice value play.

Lucas Herbert, +3300 - Lucas Herbert has put together back-to-back top-10 performances and has missed the cut just once since the Italian Open. Herbert was absolutely dominant at the Scottish Open and has been putting at an elite level lately. Herbert is still young and lacks experience at this course, but don’t be shy about his ability to get the job done on the big stage.

George Coetzee, +5000 - George Coetzee doesn’t have a lot of success at the BMW PGA Championship, as he’s missed the cut in three of his last four trips and doesn’t have a top-25 finish since 2013. However, Coetzee has top-10 finishes in five of his last nine events, which includes a win at the Portugal Masters and a third place finish in the Open de Portugal. In terms of form, there’s not many players in this field that have Coetzee beat. I’ll take a look at these odds.

Robert Rock, +8000 - It wasn’t that long ago when Robert Rock was on struggle street with constant missed cuts and poor performances left and right. And while it takes more than two events to turn the page completely, Rock did have a top-25 finish in Ireland and a third place finish in the Scottish Open, missing out on a playoff by just one stroke. Rock is also very familiar with Wentworth Club, as he has 14 starts here and has made the cut nine times with four top-25 finishes. If you’re looking for a long shot, Rock could be your guy.

John Catlin, +5000 - John Catlin wasn’t at his best in the Scottish Open, but he’s still won two of his last four European starts and has top-10 finishes in three of his last four starts overall. Catlin has shown he can win tough courses and has consistent approach play, so I’m not terribly worried that he’s never played in the BMW PGA Championship. A third win in his last five tries would be absolutely ridiculous, but it’s hard to bet against Catlin at this point nonetheless.