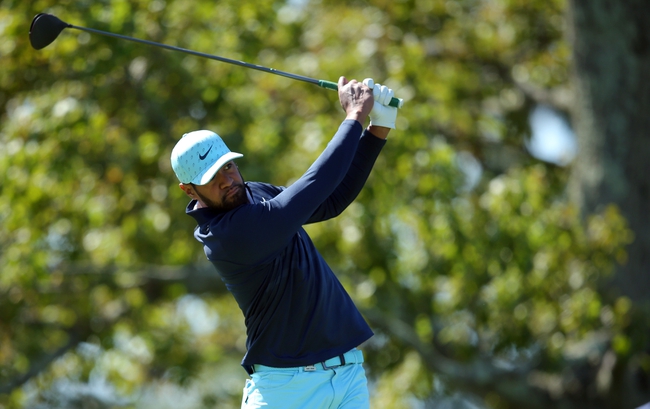 We head to Las Vegas, Nevada this week in PGA golf action for Shriners Hospitals for Children Open, the fifth event to in the 2020–21 season.

Tony Finau, +1800 - It’s been a while since we’ve seen Tony Finau in the winners circle, and it feels like he’s due with top-10 finishes in five of his last eight events. Finau is averaging a top-10 finish in each of his last three events. Finau has made the cut in all six appearances at the Shriners Hospitals for Children Open and finished ninth here last year. These are solid odds for Finau, who should be a top-five contender this week to finally end the drought.

Bryson DeChambeau, +700 - This will be the first time we’ve seen Bryson DeChambeau since he won the US Open, so it will be interesting to see if the form and the hunger is still there. What we do know is that DeChambeau has a lot of success at this course, as he won here in 2019 and had top-10 finishes in 2018 and last year. DeChambeau has mentioned how he enjoys the dry air and it’s similar conditions to what he grew up with in Fresno, California. We’re not going to get rich with these odds, but it’s hard to put together a card and not include DeChambeau.

Patrick Cantlay, +1400 - Patrick Cantlay has had his struggles the last couple months and wasn’t great with his +15 at the US Open. However, if there was ever a course for Cantlay to get back on track, it would be this one. In three trips at the Shriners Hospitals for Children Open, Cantlay has two runner-up finishes and won it in 2018. You can sometimes overthink your picks when putting together a card. There’s no overthinking that track record in Las Vegas.

Abraham Ancer, +5000 - Abraham Ancer has quietly put together some impressive finishes since the return, which includes a runner-up spot in the RBC Heritage and a top-20 finish in the Tour Championship. Ancer was born in Texas and raised in Mexico, so he’s used to these sort of conditions, and he’s mentioned in the past how he enjoys desert golf. While he’s missed the cut three of his four trips at this event, Ancer does have a fourth place finish in 2019. Since we kind of loaded up on some of the strong contenders, Ancer is a nice dark horse at this price.

Harris English, +2500 - These are some juicy odds with Harris English, who is one of the more consistent golfers on the planet right now. English hasn’t missed a cut since Charles Schwab, is coming off a fourth place finish in the US Open and has 11 top-25 finishes in his last 13 events. While it’s been a lot of close but no cigar results for English, there’s no doubt a win isn’t too far around the corner. English has made the cut in five of his six trips at the Shriners Hospitals for Children Open and finished fourth here in 2017. Have to like English this week.