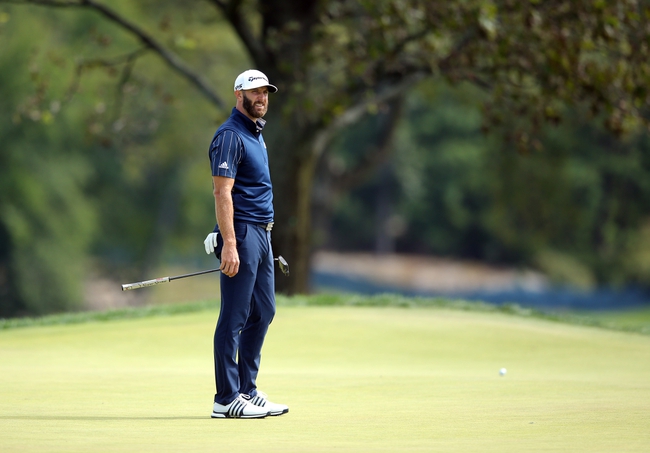 We head to Las Vegas, Nevada this week in PGA golf action for the CJ Cup, the sixth event in the 2020–21 season.

Last week three of our four golfers who played finished in the top-10, including Abraham Ancer who we listed at +5000 odds, and he finished fourth, just three strokes behind the winner. While we didn’t cash the ticket, it was considered a successful week. Here are five golfers to consider throwing on this weeks PGA betting card.

Dustin Johnson, +1000 - Dustin Johnson is well rested with this being his first event since the US Open, and he’s the hottest golfer on the planet with his last five events producing no less than a sixth place finish. Johnson has won two of his last four events. Back in 2015, Johnson set a course record at Shadow Creek with a seven-under 65, as he played with Wayne Gretzky and Chris Chelios. There’s obvious experience at this course with Johnson and his form is incredible. Hard to turn down a chance to make 10 times your money.

Xander Schauffele, +1400 - Xander Schauffele has probably been the most consistent golfer over the last year, as he hasn’t missed a cut since the Farmers Insurance, and he has nine straight top-25 finishes. Schauffele has also done some of his best work in these smaller fields and no-cut events, as two of his four victories have taken place in sub-40-man fields. Schauffele will be in his element to continue this impressive hot stretch.

Collin Morikawa, +2200 - Collin Morikawa has missed the cut in three of his last five events, so there’s reason for concern this week. However, Morikawa has been one of the better ball strikers this season and is playing on a course that’s on the small side and isn’t that complicated overall. Morikawa is also a Vegas resident, so one would assume he’s familiar with Shadow Creek. I expect for Morikawa to get out of this funk.

Sergio Garcia, +5000 - I get that Sergio Garcia has had his struggles this year and has missed the cut in three of his last six events. However, Garcia is hitting the ball well and is currently 35th in driving distance and 41st in greens in regulation percentage. Garcia was also able to steal a victory this month at the Sanderson Farms Championship. These are big odds for somebody who just won and it’s almost a little disrespectful to Garcia if we’re being honest. I’ll take a shot here.

Scottie Scheffler, +3300 - Scottie Scheffler is still trying to get back in form after a case of COVID-19, but he now has two events under his belt this month and should have a lot of the rust off. Scheffler was one of the hotter golfers o the planet from July to September, and he’s currently 22nd in birdie average and first in sand save percentage. A young golfer who has shown he’s not afraid of the big stages, it feels like this is the week for Scheffler to get back on track.