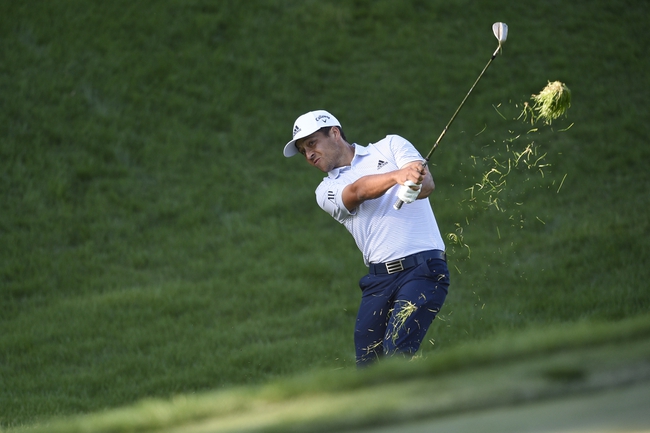 We head to Lake Sherwood, California this week in PGA golf action for the Zozo Championship, the seventh event in the 2020–21 season.

Last week three of our four golfers who played finished in the top-25, including Xander Schauffele who we listed at +1400 odds, and he finished second, just two strokes behind the winner. While we didn’t cash the ticket, it was considered another successful week. Here are five golfers to consider throwing on this weeks PGA betting card.

Russell Henley, +5000 - Russell Henley had his chances to win last week at Shadow Creek but ended up falling apart on the final round and was forced to settle for third place. Henley now has three top-10 finishes in his last five events. Henley has finished no worse than 27th during that span. Henley has been way too consistent over the last month to turn down at this price.

Xander Schauffele, +1100 - Speaking of riding the hot hand, Xander Schauffele has runner-up finishes in two of his last three events and has 10 straight top-25 finishes. Schauffele is fourth in both sand save percentage and scoring average. Schauffele has to be the guy to beat this weekend and the fact you can make 11 times your money with him is hard to pass up.

Tyrrell Hatton, +2000 - Tyrrell Hatton followed up his BMW PGA Championship victory with a third place finish at the CJ Cup and his tee-to-green approach was one of the best in the field. Hatton has finished seventh or better in each of his last three events where he’s made the cut. Like the other golfers listed, Hatton is too hot at the moment to turn don at these prices offered.

Tiger Woods, +2800 - One golfer who isn’t in great form is Tiger Woods, as we last saw him missing the cut at the US Open and he’s finished outside of the top-25 in all five events since the COVID-19 restart. However, Woods knows the Sherwood Country Club very well and has five wins here at the Hero World Challenge. A win may be a bit of a stretch given his current form all around, but Woods will give these odds a run for its money and should keep you in play on Sunday.

Webb Simpson, +1800 - Webb Simpson hasn’t missed a cut since the Memorial back in July and has five straight finishes of no worse than 13th. You can expect the strong finishes to continue, as Simpson had three appearances at the Sherwood Country Club in the Hero World Challenge, and he finished 13th or better, which includes a fifth place finish in 2014. Simpson is a decent candidate for his third win under the calendar year.