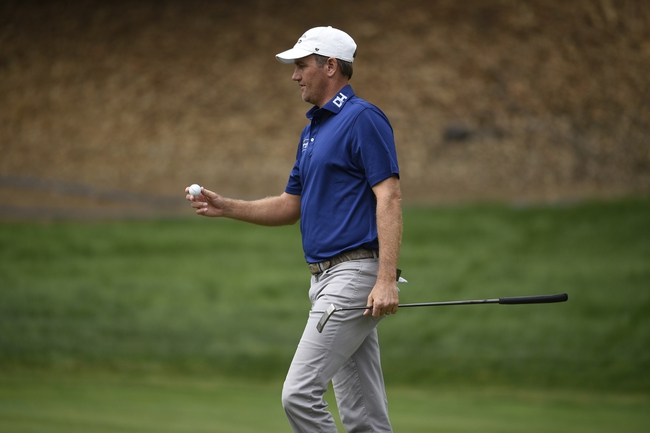 We head to Southampton Parish, Bermuda this week in PGA golf action for the Bermuda Championship, the eighth event in the 2020–21 season.

Last week we had a couple of our golfers finish inside the top-25 and Russell Henley gave +5000 odds a ride with his fourth place finish.

Doc Redman, +2500 - Doc Redman has been hit or miss lately, missing the cut in four of his last eight events, but he’s been money when he makes it to the weekend. Redman has finished in the top-30 in his last seven events where he’s made the cut, and that includes two top-five finishes in his last three events. You could argue Redman is the best ball striker in this watered down field, so this is a chance for him to finally kick the door down.

Brendon Todd, +1200 - Brendon Todd is coming off back-to-back shaky performances at the CJ Cup and ZOZO Championship, but he’s missed just one cut since the Travelers Championship and has been a constant in the top-25. Todd is also the defending champion in Bermuda where he was -24 last year. This course seems to fit Todd thanks to his short game and course management, so if there was an event for him to kind of right the ship, it would be this one.

Emiliano Grillo, +3000 - After being in full struggle mode much of the year, Emiliano Grillo has quietly made the cut in eight straight events and should be well rested after a couple of weeks off. This is easily the weakest field Grillo has played since this turnaround, so pushing for a victory wouldn’t be that surprising. Grillo has the ball striking to get the job done, he just needs to avoid completely falling apart with his putter.

Adam Schenk, +4000 - Adam Schenk has made the cut in 10 straight events, which is one of the longest active streaks on the tour, and he’s coming off a near top-25 finish at the Shriners. One could argue Schenk is in the best form of any golfer in this field and with that being the case, he has a real shot to win. It’s not often you get a legit contender at these prices. Schenk may pack the most value on the board this week.

Wesley Bryan, +5000 - Wesley Bryan has one of the better short games in this field and is coming off a 12-place finish at the Sanderson Farms Championship. Bryan has top-25 finishes in three of his last six events overall. While it’s a short sample size and it’s tough to ignore the struggles of past years, this is a real shot for Bryan to build on that success and push the leaderboard. I’ll take a shot with Bryan, as he looks for his second career PGA victory.