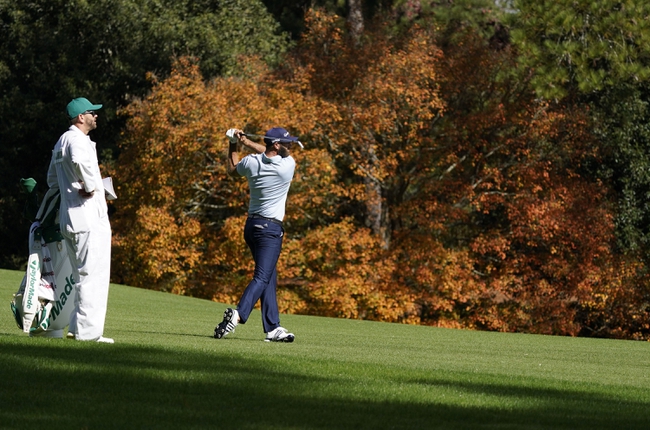 We head to Augusta, Georgia this week in PGA golf action for the Masters Tournament, the 10th event in the 2020–21 season.

Dustin Johnson, +900 - Nobody is playing better than Dustin Johnson, as he’s finished sixth or better in his last six events, and that includes two victories and three runner-up spots. Johnson finished runner-up just last week at the Houston Open. If that wasn’t enough, Johnson has top-10 finishes in six of his last 10 major appearances, and he has four straight top-10 finishes at the Masters, which includes a runner-up finish last year. Hard not to like Johnson’s chances this week while making nine times your money.

Justin Thomas, +1200 - Justin Thomas is another golfer in great form, as he’s coming off a runner-up finish at the ZOZO Championship, has five straight top-25 finishes and hasn’t missed a cut since the Travelers Championship back in late June. Thomas is one of the best ball strikers in this field, which is key at Augusta, and he’s improved his finish in all four appearances, which includes a 12th spot last year. Assuming the trends continue, Thomas will be inside the top-10 this week and give these odds a ride.

Bubba Watson, +3000 - Don’t look now, but Bubba Watson has quietly put together back-to-back top-10 finishes and has top-25 finishes in five of his last seven events. You should like Watson’s chances of building on that success considering he’s a two-time Masters winner, has made the cut in 10 of 11 trips and has finished 12th or better in four of his last eight appearances overall. Most of Watson’s main success at the Masters has also taken place during an even year. Just saying…

Rickie Fowler, +6600 - It’s been full struggle mode for Rickie Fowler this year and he doesn’t have a top-25 finish since St. Jude back in August. Fowler has had trouble making cuts all season and he’s ranked 114th in greens in regulation percentage. However, Fowler is still driving the ball well and many anticipate that being a key to winning this year. Fowler is also somebody you can count on in the big stage, and that includes three top-10 finishes in the Masters and nine top-10 finishes in majors overall since 2014. It’s a bit of a shot in the dark here, but Fowler snapping out of this funk and pushing the leaderboard this weekend would surprise nobody given his major history.

Patrick Reed, +2800 - You have to go back to Rocket Mortgage the last time Patrick Reed missed a cut, and he’s coming off impressive showings at the BMW and ZOZO. Reed knows this course extremely well and it often feels like people forget he won the Masters in 2018. Reed is playing some of his best golf in recent memory and it feels like he’s found the sweet spot in his game. Another Augusta victory isn’t out of the question.