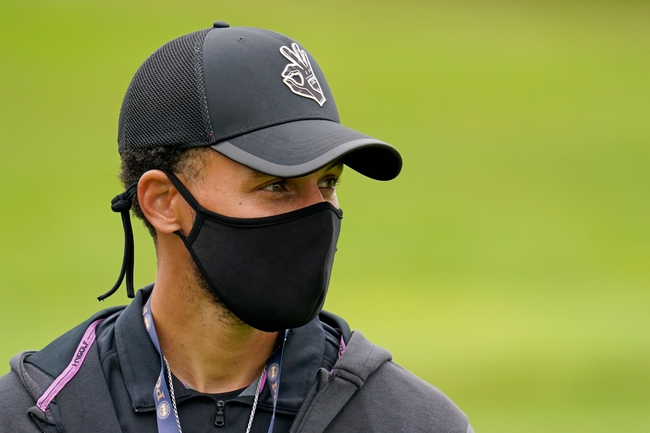 The Match: Champions for Change Game

We head to the Stone Canyon Golf Club in Oro Valley, Arizona on Friday for the The Match: Champions for Change Game.

This is an exhibition golf event that pairs Phil Mickelson and Charles Barkley against Stephen Curry and Peyton Manning. The event will benefit historically black colleges and universities, and the format will be 18 holes of modified alternate shot.

Let’s break this down and come away with a winner to pd our pockets on Black Friday.

We haven’t seen Mickelson since the Masters where he finished +3 and settled for a tie for 55th place. Mickelson hasn’t played great in his last three events and is actually a +15 since winning the Dominion Energy Charity Classic a little over a month ago. However, Mickelson does have two wins since the restart and had a runner-up finish in St. Jude. Mickelson is also used to playing these exhibition style matches by now and it doesn’t take much for him to find a rhythm.

Barkley has been a historically bad golfer for much of his life, mainly due to an inexcusable hitch in his swing that often sends the ball in the wrong direction. There’s not much positive to say about Barkley and his golf game, but he has admitted he’s put in a lot of time on the greens lately and would be very disappointed if he didn’t hold his own. If Barkley simply shows an improved form, he could have a fighting chance. However, expectations should be very limited based on what we’ve seen in the past.

Curry is an avid golfer who played in high school and has participated in numerous celebrity events. In the 2017 Ellie Mae Classic, Curry was a 74-74 in two days before missing the cut, a more than respectable showing for an amateur. Curry has helped bring golf to Howard University and he also executive produced the golf reality game show Holey Moley. Curry is clearly passionate about the sport and has really good form every time he’s participated in an event.

Manning has spent a lot of time on the golf course since retiring from the NFL, and he’s actually a member of the Augusta National Golf Club. According to the USGA's Golf Handicap Information Network, Manning holds a 6.4 handicap index, which would make him better than most recreational golfers. Manning was also key in helping Tiger Woods win the Match II earlier this year for COVID-19 relief, and he hit some impressive balls despite the soggy conditions. Bottom line, Manning is a more than solid golfer.

Even though Barkley is ridiculously bad at golf, he does have a Hall of Fame golfer on his side in Mickelson, which adds some value to the plus money. However, two above average amateur golfers outweighs one elite golfer and historically bad golfer. Mickelson will only be able to do so much in this format to makeup for Barkley’s shortcomings, while we know we’re going to get solid play from Curry and Manning. To me, you can argue this line should be a lot steeper in favor of the NFL and NBA legends.

I’m siding with Curry and Manning in a comfortable victory.