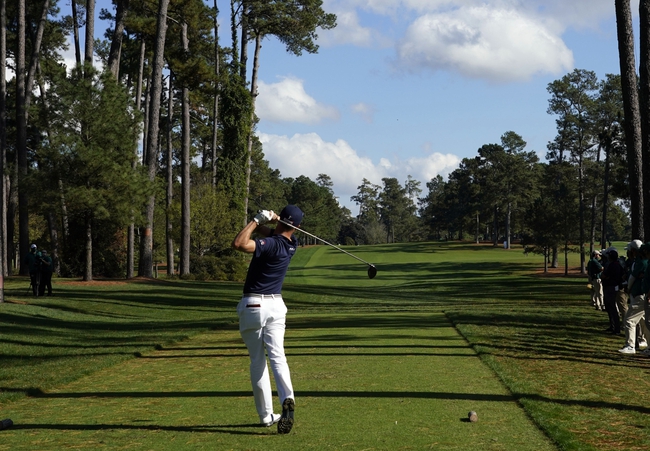 We head to Playa del Carmen, Mexico this week in PGA golf action for the Mayakoba Golf Classic, the 12th event in the 2020–21 season.

All the golfers are rested after taking last week off, and we enter a field of 132 participants. Last year this event led to a Monday finish, and there’s a chance for rain throughout the week this time around.

Justin Thomas, +650 - You’re not going to get rich betting Justin Thomas at these odds, but he’s the clear favorite for a reason. Thomas has finished no worse than 12th in each of his last five events and has six straight top-25 finishes overall. You have to go back to the Travelers Championship in late June the last time Thomas missed a cut. Thomas also had a top-25 finish in his only trip in the Mayakoba Golf Classic back in 2015. It’s hard not to like Thomas’ chances this week.

Viktor Hovland, +2000 - Viktor Hovland has quietly put together top-25 finishes in four of his last five events and is coming off a really strong showing at the Houston Open. Hovland has really improved his short game during this stretch and he’s not that far from his second win of the year if he keeps it up. Hovland has some betting value in his current form and is one of the safer options this week while still packing some meaty odds.

Charles Howell III, +5500 - Charles Howell III is in shaky form at the moment, as he hasn’t finished better than 30th since finishing third in the 3M Open. However, it’s not like Howell is completely bombing these events and he has 11 career starts at the Mayakoba Golf Classic, making the cut nine times with three top-10 finishes. That experience gives Howell an edge this week and makes him a sneaky dark horse if looking for a big payout.

Harold Varner III, +7000 - Harold Varner III has missed the cut in three of his last six events, so there’s reason to be down on him this week. However, his last two events where he didn’t miss a cut produced a top-15 finish. Varner has also made the cut in three of his four trips at the Mayakoba Golf Classic and two of those finishes were inside the top-10. Basically, we just need Varner to make it to the weekend to have a chance at giving these odds a run.

Abraham Ancer, +1800 - Abraham Ancer has a thing for playing his best golf later in the year and he’s had some of his most success playing in bigger events. Ancer has seen top-25 finishes in three of his last six events and he’s been one of the more accurate strikers this year. Ancer is also no stranger to success in Mexico, as he’s made the cut in four of his five trips at the Mayakoba Golf Classic and three of those times produced a top-25 finish. Ancer is a legit threat to get the job done this week.

The pick in this article is the opinion of the writer, not a Sports Chat Place site consensus.
Previous Pick
The Match: Champions for Change Game: Golf Picks, Odds, and Predictions - 11/27/20
Next Pick
2021 Sony Open: PGA Golf Preview, Odds, Longshot Picks, Predictions 1/14/21