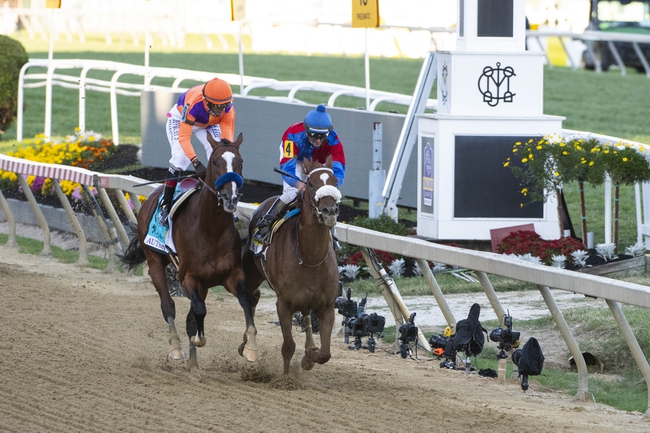 Here is a look at a couple of quality races set to be run at Gulfstream Park West on Wednesday.

Seven 2-year-old fillies, including three first-timers, will sprint six-furlongs in what I expect to be an exciting and close race.

Analysis: #5 Think It Thru (ML 2/1) looks primed to make a “splash” in her debut. The daughter of Overanylyzer has put in a couple of solid four-furlong workouts recently for trainer Saffie Joseph Jr. #4 Dem a Wonder has just missed breaking her maiden in each of her last three starts. She produced a career-best ESpeed of 84 in her last outing and has three-second place finishes as well as a third in four career outings. #3 Special Princess (6/1) showed some improvement in her second career outing, despite having no response down the stretch and finishing a distant fourth at this level and distance on Oct. 7. However, the daughter of Bahamian Squall gets five pounds of weight relief, in this one, as a result of switching back to apprentice jockey Alberto Burgess from Samy Camacho. #1 Causingahullaballoo (8/1), who has not raced since July 15, is stretching out to six furlongs although she recently put up a solid five-furlong workout on Oct. 18.

Analysis: This race should be a lot of fun as there is a lot of talent and speed. #3 Worlds On High (ML 8/1) could sneak out of this event with a second straight victory, if jockey Alberto Burgos remains patient and vigilant, with Shanghai Bobby’s son. Worlds On High turned in a nice performance in his debut (Sept. 18) and will have a four-pound weight advantage. Worlds On High also turned in an impressive 47.98-second four-furlong workout for trainer Saffie Joseph jr. -- whose barn owns a 26% strike rate following 31-60 days rest and a 20% win percentage in allowance races -- on Oct. 11. #6 Hercules (9/2) is the only horse in the field to have a claiming tag. The son of Brethren is cutting back from one and one-sixteenth miles where he showed some interest before fading to fifth in his last outing in the Florida Sire In Reality Stakes. #1 Tiger (5/2) has a 4-1-2-1 record and gets aggressive jockey Paco Lopez, who has a 50% WPS percentage during the current meet at GPW, on board. #3 The Distractor (3-1) and #5 Drain the Clock (2/1) should also be factors after winning their debuts going away.

10 fillies and mares, including two also-eligibles, is slated to go one mile on turf. This is a pretty wide-open race.

Analysis: #6 What a Beaut (4/1) is making her season debut. The 4-year-old filly is 5-1-1-0 on the grass, although this is her first time going the current distance. What a Beaut has also turned out three straight very good to excellent workouts -- which includes going four-furlongs in 47.75 seconds (Oct. 18) --for trainer Mark Casse, whose horses have a 14% strike rate after a 180-day plus break. Expect What a Beaut to be among the top flight in the early going. #4 Yolanda’s Pride has won two straight and is dropping down from a $45,000 claiming event. The 3-year-old daughter of Perspective has finished first or second  seven times in 10 starts on the grass and has seven top-3 finishes in 11 starts in one-mile events Additionally, Yolanda’s Pride produced a good four-furlong workout on Oct. 23. #5 Lookinlikeaqueen (15/1) has finished in the money in 55% of her meets and is racing under the direction of trainer Herman Wilensky for the first time. Lookinlikeaqueen has produced two decent workout performance for Wilensky since the change in barns.#1 Centsless Drama (7/2) has raced extremely well lately and owns a 9-2-4-1 record on the turf. She has only finished worst once in 11 career starts though Centsless Drama has not been great at the mile.