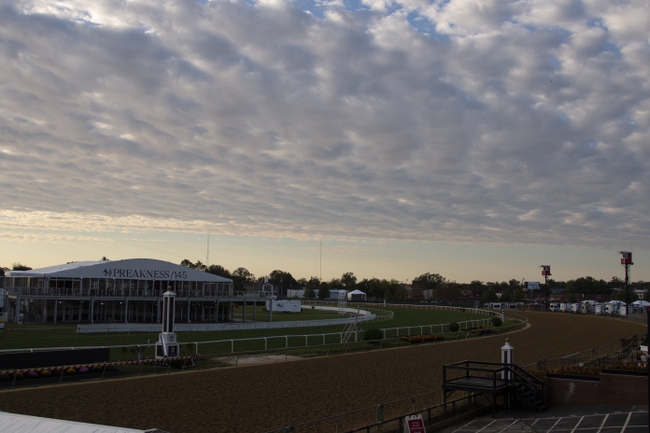 Race 1 - Starter Optional Claiming $30,000 (Purse -$24,000) Seven 2-year-old fillies will sprint six furlongs, in what looks like a pretty wide-open event. I believe that this should be an outstanding race.

#1 Fast Lani (7/2) has some decent early speed and is best suited when she is among the top flight in the early going. The daughter of Fast Anna gets the rail so she has an excellent opportunity for a good trip. This is her first race at Parx as well as under the direction of trainer Gregory Sacco. Fast Lani is coming off a win at this distance and she had a good workout in her last training session. #

2 Mavilus (6/1) is the most experienced runner with five races in hand and she has a 5-1-0-1 record, which includes a third-place finish in two tries at this distance. She doesn’t appear to be in good form.

#3 Coffee Buzz Buzz (9/2) makes her debut at Parx and gets distance relief after winning going away in a mile event at Delaware Park (Sept. 16) against maiden claimers. Trainer Brittany Russell’s horses have a 30% strike rate when going this distance on the dirt and a 38% win percentage with 2-year-old’s over the past year.

#4 Cool Enough (6/1) is the fastest horse in the field so expect jockey Angel Rodriguez, who has won five of 14 starts with 2-year-old’s at Parx this year, to get her to the front quickly. Her last race was on the turf and this is the first time that she will stretch out to six-furlongs. However, Cool Enough won her last time she went from turf to dirt, and trainer Phil Schoenthal has a good recent track record when his horses are coming off a 31-60 day layoff and going from grass to the main track.

#5 Thursday (9/5) is a vulnerable morning-line favorite. She gets massive class relief after being overwhelmed against $62,500 optional claimers and in a $100,000 stakes race the last two outings. Thursday is coming off a solid recent training session.

#6 Going Going Gone (6/1) is racing under trainer Carlos Soto umbrella for the first time after being claimed for $20,000 in a six-furlong race that she won by five and one-half length, in what was by far and away her best effort in four starts. The daughter of Orb is having Lasix for the first time and Soto has a 32% strike rate off of the claim.

#7 Anginetti (4/1) is the daughter of Lemon Drop Kid and she is coming off an improved performance over her second to last time out. Jaime Ness is the top trainer and his horses have thrived in sprint races here at Parx.

The pick in this article is the opinion of the writer, not a Sports Chat Place site consensus.
Previous Pick
Churchill Downs- 11/04/20 Horse Racing Picks, Odds, and Predictions
Next Pick
Breeders' Cup Turf Preview