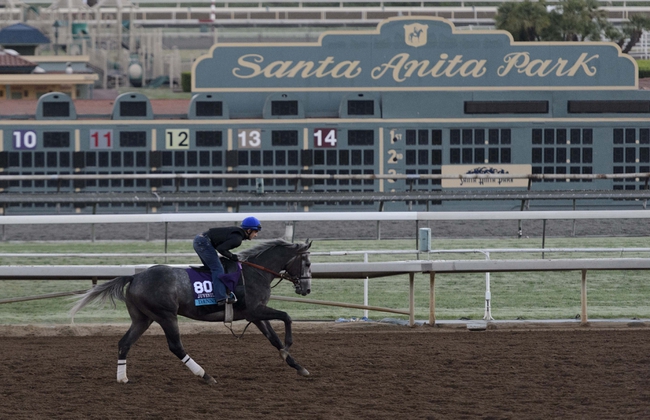 The biggest race of the year comes in Prime Time this year as the 2014 Breeder’s Cup Classic has an 8:35 EST start.

The strong presence of 3-year-olds in this year’s Breeder’s Cup Classic was mentioned in the preview and we’ll stick with that theme as California Chrome is my top selection to take the Championship this year, which will likely lead to a divisional championship and very possibly Horse of the Year honors.  Chrome comes home where he ran some of the best races of his career this spring in preparation for the Kentucky Derby where he showed ten panels is well within his capabilities.  California Chrome drew well for this and is likely to sit off a fast pace and get one of the first cracks at the tiring leaders.  If the Triple Crown campaign didn’t empty his tank, Chrome will be in the winner’s circle while we go to the windows.  Cigar Street is an interesting prospect as he was making his case as a major player in 2013 before being sidelined in the spring.  If you were excited about Cigar Street last year, there’s no reason to back off now, because it looks like he’s rounding into top form at the right time as not only is this the toughest field he’s seen, it is also the longest, but with that comes a fair price.  I certainly won’t argue with you if you think we have yet to see Cigar Street’s best stuff.  Majestic Harbor may not be the third most likely winner, but he’s definitely an interesting prospect at what should be a huge price.  The best race of Majestic Harbor’s career (by far) came over this exact course 5-months ago, and while he got a favorable set up in that one, things could shake out similarly in this one.  Majestic Harbor will get the fast pace he wants, and we know neither the surface nor the distance will be an issue.  Worth a look at the very least.

The undefeated Shared Belief will go off favored and he’ll have to prove to me that he can beat this caliber of a field on this surface at this distance.  I’m not buying it at that price.

The pick in this article is the opinion of the writer, not a Sports Chat Place site consensus.
Previous Pick
2014 Breeder's Cup Mile Pick, Odds, Post Positions, and Preview